ISLAMABAD, Jun 11 (APP): State Minister for Revenues Hammad Azhar on Tuesday presented first budget for the fiscal year 2019-20 with the total outlay of Rs 7.022 trillion registering growth of 30 percent against the revised budget of Rs 5.385 trillion for current fiscal year (2018-19).

Unveiling the budgetary document in National Assembly the MoS informed that total federal revenues have been estimated at Rs 6.717 trillion which is 19 percent higher than the previous year’s revenues of Rs 5.661 trillion.

The collection of revenues by Federal Board of Revenue (FBR), he said are estimated to be recorded at Rs 5.555 trillion which are 12.6 percent of Gross Domestic Product (GDP).

The minister of state said out of total revenue collections, an amount of Rs 3.255 trillion would be distributed among the provinces under 7th National Finance Commission (NFC) Award which is 32 percent higher than the current year’s share of Rs 2.465 trillion.

He said Net Federal Revenues for the upcoming fiscal year have been estimated at Rs 3.46 trillion against the revenues of Rs 3.07 trillion during current fiscal year which is 13 percent higher.

Similarly, he said the federal budget deficit would be Rs 3.56 trillion whereas the provincial budget surplus is estimated to be at Rs 423 billion for the year 2019-20. 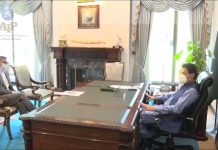 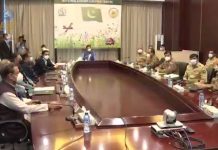 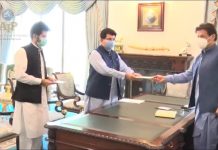