ISLAMABAD, Aug 08 (APP): The cultural institutions of federal capital have planned a number of activities to hold colourful programmes to celebrate the forthcoming Independence Day of Pakistan.
Capital’s leading art and cultural institution, Pakistan National Council of the Arts (PNCA) and National Institute of Folk and Traditional Heritage, Lok Virsa will hold events of national level engaging youth in various activities.
From grand cultural shows to art, speech and songs competition, the programmes will focus on serving the fun lovers as informative entertainment through visual narration of historical moments of Pakistan Movement and the struggle of freedom fighters.
A musical show titled “Thank You Pakistan” will be held on August 13 at PNCA Open Air Theatre in which renowned artists from all over the country will present national songs, music and folk dances.
Children of the twin cities will participate in Cultural Show on August 18 featuring speeches, national songs, skits and tableaus. A magic show is also part of the programme to entertain the children while a special stage play on the theme of independence will be presented by the PNCA.
Documentaries on Pakistan will be screened at PNCA showcasing the moments from the freedom movement while the PNCA is making arrangements for cultural shows on a special train on the eve of Independence Day in which folk artistes of all regions will perform.
The National Puppet Theatre will present puppet shows at various Railway Stations.
The activities of Lok Virsa will start with a Youth Painting Contest with the theme of Independence Day on Aug 11and 12 while an exhibition of “artisans-at-work” will be arranged on August 12 and 13 featuring arts and crafts of different parts of the country.
On Aug 13, Jinnah movie will be screened to showcase the memorable moments and history of Pakistan Movement at Lok Virsa’s Mandwa Film Club. The day-long events on Aug 14 will start with cake cutting ceremony marking Independence Day celebrations while the other events include live Folk dance performances by newly established Lok Virsa Dance group, screening of national songs throughout the day and display of prize winning paintings for public viewing.
APP/Cdra/mka 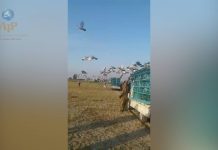 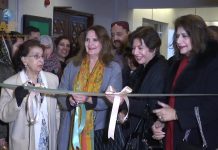