KABUL, Aug 14 (APP): A flag hoisting ceremony was held at the Embassy of Pakistan in Kabul here on the occasion of 70th Independence Day Anniversary of Pakistan. The Ambassador of Pakistan Abrar Hussain raised the national flag. The national anthem and flag hoisting were followed by reading out the messages of the President and the Prime Minister of Pakistan to the audience. The Ambassador also delivered a concluding speech at the end.
The Ambassador congratulated the members of Pakistan Community in Afghanistan on Independence Day and urged them to review their commitment to serve their country with dedication. He impressed upon them to maintain the spirit of independence and pursue the cherished objectives of our forefathers by making Pakistan strong and prosperous country.
The Ambassador also underlined the need for robust cooperation with Afghanistan in all areas of mutual benefit. He reiterated Pakistan’s commitment to work for the promotion of peaceful and stability in Afghanistan. He also highlighted the importance of the projects built by Pakistan in the health and education of Afghanistan.
The ceremony was attended by the officers and officials of the Embassy, armed forces officers of Pakistan and community members.
APP/Was 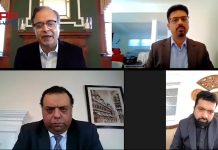 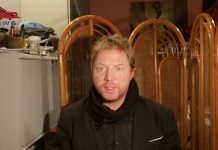 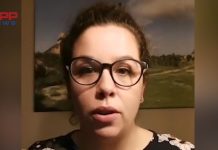