Sukkur, Aug 14 (APP) – The 69th Independence Day was celebrated in Sukkur and Larkana divisions with enthusiasm and fervor on Sunday. The day began with special prayers in all mosques and places of worship for the solidarity and unity of the country. In Sukkur, the main event of flag hoisting ceremony was held at Stadium Ground where the Provincial Minister of Transport Syed Nasir Hussain Shah, MNA Noman Islam Shaikh, Commissioner Sukkur Muhammad Abbas Baloch, DIG Sukkur Syed Feroze Shah and Senior Superintendent of Police (SSP) Sukkur Amjad Shaikh hoisted the national flag. All officials of the Federal and Provincial government including school children, leaders of business community and elite of the town were present on the occasion. The school children presented national songs, shows and tableaus on the occasion. Speaking on the occasion, Syed Nasir Hussain Shah said that Pakistan was a gift from God and we must consider fortunate that we were born in a free Muslim country. He said that our forefathers achieved a separate homeland for Muslims after rendering great sacrifices and freed themselves from Hindu and British domination under the dynamic leadership of Quaid-i-Azam. He advised the youngsters to work hard with sincerity for the well being of the country. Commissioner Muhammad Abbas Baloch said that Pakistan had come into being due to unparalleled leadership of Quaid-i-Azam and sacrifice of four million lives. He said that it was now the duty of each and every Pakistani to work for the unity, integrity and solidarity of Pakistan. Meanwhile the 69th Independence Day of Pakistan was celebrated at Pano Aqil garrison with traditional zeal and fervour.The day started with special prayers after Fajr in all mosques of the Pano Aqil Garrison for solidarity, progress and prosperity of the country. Besides, Central Prisons Sukkur on Sunday celebrated the Independence day with enthusiasm and fervour. Special prayers were offered in all the jail of the Sukkur region for solidarity, prosperity and progress of the country followed by Qirat and Naat competitions among the jail inmates, including convicts and under trial prisoners. Prisoners participation was fully encouraged in the religious and cultural activities, said Jail authorities. Meanwhile, all the precautionary measures were taken to provide a sense of security to the citizens, police posts were established at 40 sensitive points to provide security to the rallies to marked the Independence Day. APP/jml 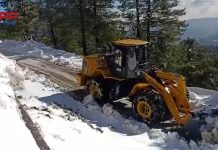 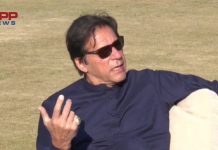 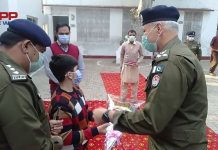