ISLAMABAD, Aug 14 (APP): President Mamnoon Hussain has said every visible and invisible enemy will be chased and crushed, in order to establish durable peace in the country.
Addressing the flag-hoisting ceremony in connection with Independence Day celebrations at the Convention Center in Islamabad today, he said menace of terrorism will be eliminated from the country by carrying out decisive actions with a renewed determination.

The President said Operation Zarb-e-Azb under the National Action Plan has produced encouraging results, and it will continue until its logical conclusion.
He said the recent terrorist incident in Quetta has aggrieved the entire nation, and every Pakistani has sympathies with the bereaved families.

He said the blood of the martyrs of Quetta will not go in waste. Mamnoon Hussain said the plot of the enemy needs to be understood and the mutual differences should not be provoked. National unity, democracy, and strong defense will lead to progress and stability in the country.  He said the nation is standing by the armed forces in the ongoing war on terror, and it pays tribute to their services for the nation.

He said a national agenda will have to be pursued for improving law and order situation and maintaining economic stability. He said the government has achieved successes in respect of security situation, economy, and development, and will continue its journey of progress and prosperity.
The President said the passion of Pakistan Movement could help deal with the prevalent challenges successfully. He said the words of the Quaid-e-Azam Muhammad Ali Jinnah are the pearls of wisdom. Equality, fraternity, provision of basic rights, a society free from religious, ethnic, and racial differences, and independent foreign policy are the key principles for achieving prominence among the comity of nations.

Mamnoon Hussain said Pakistan cannot forget the Kashmiris on this occasion, and will continue supporting them for their just struggle to self-determination in accordance with the UN resolutions.
Earlier, the President along with Prime Minister Muhammad Nawaz Sharif unfurled the national flag. Sirens were also played at 8:59 am, and all the moving traffic on road, air, and sea came to a halt for one minute.
APP/Wasim 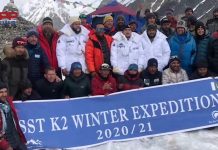 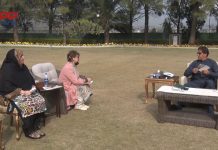 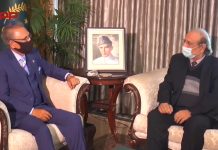