ISLAMABAD, Aug 04 (APP): Interior Minister Chaudhary Nisar Ali Khan said Pakistan is the most affected country of terrorism.
Talking to media persons here Thursday, he said that Pakistan had always condemned terrorism in all its form including Dhaka, Mumbai and Pathankot. He said that overall the SAARC Interior Ministers conference was concluded in the pleasant environment and next conference will be held in Sri Lanka. The Minister said that political issues are not usually discussed in SAARC forum.
He said that being Chairman, the viewpoint of Pakistan was clearly presented in the conference and Pakistan has never closed the doors of negotiations with any country.
Referring to thr recent Indian brutalities in Indian Occupied Kashmir, he said freedom movements cannot be suppressed by any country in the name of terrorism.
To a question he said that Pakistan will continue its relations with all on the basis of mutual respect and honor. He said Pakistan is ready to engage in any dialogue process based on mutual respect and dignity.
The Minister drew attention of SAARC countries to the brute force being used against unarmed civilians in Kashmir.
He said that it is more important to respect the fundamental human rights of the people and not suppress legitimate freedom struggle in the name of fight against terrorism.
APP/Zaheer/anm 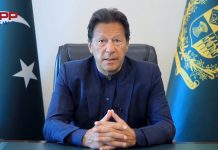 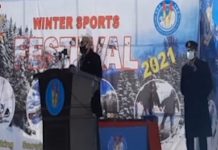 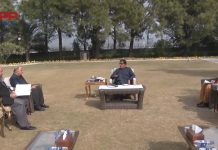