ISLAMABAD, Aug 13 (APP): Prime Minister Nawaz Sharif says the people stand behind the politics of progress and development and have rejected the negative politics of some elements.
He was addressing a ceremony after performing the ground breaking of Shorkot-Khanewal Section of M-4 in Shorkot on Saturday.
The Prime Minister said the people have become politically matured and they have dismissed the foul language and non-serious politics of sit-ins.
Nawaz Sharif said the government while considering politics as a sacred duty will continue to work for the welfare of the masses and address their problems.
The Prime Minister said the government is pursuing such policies that ensure sustainable development of the country. A network of highways and motorways is being constructed in the country.
He said over the last one and a half years, road infrastructure projects worth 850 billion rupees have been launched which will help both the farmers and the industrialists to take their produce to the international markets.
Nawaz Sharif says country’s economy is progressing due to government’s successful economic policies.
The Prime Minister said the government has worked tirelessly for progress of every sector including agriculture, business and industries.
Minister for Information and Broadcasting Pervaiz Rashid, Punjab Governor Rafique Rajwana and Chinese Ambassador Sun Weidong to Pakistan were also present on the occasion.
APP/Ihsan 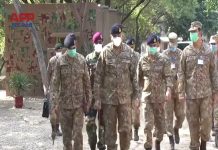 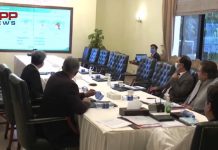 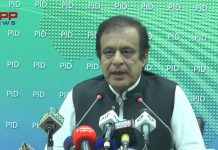