ISLAMABAD, August 8 (APP): Speaker National Sardar Ayaz Sadiq said that a broad based Parliamentary engagement between Pakistan and the United States is central to address evolving regional challenges. He added that both nations have cherished a long and rich history of close and cordial ties between.
He was speaking to the US Congressman Mr. Christ Stewart who called on him at Parliament House here Monday. US Ambassador to Pakistan Mr. David Hale was also present on the occasion.
The Speaker highlighted that throughout Pakistan’s history, US has remained a partner in promoting genuine human development in Pakistan.
Referring to the post 9/11 relations, the Speaker added that Pak-US alliance is not limited to narrow strategic interests rather it is based on comprehensive framework for cooperation in Science, Economy, Education, Agriculture, Human Rights, Governance and Democracy.
Sardar Ayaz Sadiq said terrorism and extremism are directly related to conflicts and disputes and called on the international community to pay urgent attention to address disputes and unresolved conflicts, aggression, foreign occupation and denial of the right to self-determination.
Referring to Pakistan’s contribution in war on terror, he remarked that the sacrifices rendered by Pakistani citizens will not go in vain.
He informed that the will of the political and military leadership to root out extremism from Pakistan is unflinching and urged deep rooted and robust bilateral cooperation for eliminating terrorism from the region and beyond. “Both terrorism and extremism posed severe threat to global peace and prosperity but terrorism should not be associated with any religion, culture or society”, he added.
The Speaker urged the US Congressman to take notice of Indian atrocities against innocent citizens in Kashmir.
He added that Pakistan is committed to UN resolutions for self-determination of the Kashmiri people and we want to settle our dispute with discussion.
Sardar Ayaz Sadiq appreciated the US assistance to Pakistan in strengthening legislative capacity of the Parliament and efforts undertaken to promote an inclusive democracy in Pakistan.
He added that Parliamentary cooperation between the two nations needs to receive a new vigor.  He also underlined the need for promoting people to people contacts to deepen shared understanding of each other.
US Congressman Mr. Christ Stewart appreciated Pakistan’s eagerness for a comprehensive relation with United States and assured the Speaker that US Congress is committed to strengthen Parliamentary engagements and people to people contacts with Pakistan.
He highlighted that United States consider Pakistan a partner in promoting genuine human development in South Asia and further added that United Stated is committed to harness Pakistan’s potential to create a brighter economic future for its citizens.
He said that US shared Pakistan’s concerns and interests in the global struggle against terrorism. He added that joint cooperation is central to protecting and projecting mutual interests of both nations.
APP/ Saima/anm 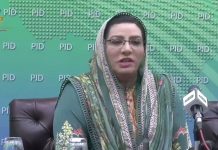 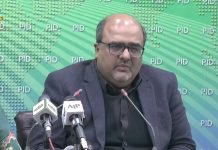 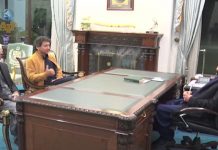