ISLAMABAD, Sep 22(APP): Federal Minister for Finance Senator Mohammad Ishaq Dar here on Thursday chaired a meeting on operationalization of EXIM Bank. Governor State Bank, Mr. Ashraf Mehmood Wathra also attended the meeting.
The EXIM Bank of Pakistan has been incorporated with SECP on June 11, 2015 under the Companies ordinance, 1984. As per its Article of Association, the authorized Capital is Rs. 100 billion while the initial paid-up capital is Rs. 10 billion. The EXIM Bank of Pakistan is fully owned by Government of Pakistan.
To operationalize the Bank, the government has released Rs. 7 billion for the FY/2015-16. The remaining amount of Rs. 3 billion will be released during the current FY/2016-17. SBP has agreed to place the services of five SBP officers on deputation with EXIM Bank for a period of three years. The process of hiring of CEO and Company Secretary for the EXIM Bank on regular basis in under process which will be completed shortly.
The Finance Minister expressed satisfaction over the progress regarding operationalization of the Bank.
The meeting was also attended by officials of Ministry of Finance.
APP/Saeeda/anm 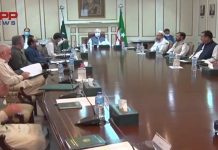 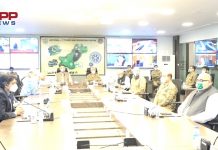 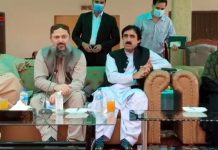