ISLAMABAD, Sept 9 (APP): Federal Minister for Kashmir Affairs and Gilgit Baltistan Ch Muhammed Barjees Tahir here Friday said the efforts of PML-N government have attracted record number of tourists to Gilgit Baltistan this year as one million domestic and foreigner tourists visited GB so far.
Talking to APP, he said, in past, the tourists lost their interest in visiting GB due to law and order situation, but with improved tourism policy and maintaining law and order in the area, during last 3 years, the tourists have started coming to see the picturesque natural glimpses and the highest and precipitous peaks of the world at GB.
Last year, around 0.6 million people visited GB in tourism season and this year, their number was multiplied and in such circumstances, our schools and hospitals are also used for this purpose. The boost of tourism industry is giving boost the hotel industry, private sector investment and income generating among the local communities, he said.
The GB council got approved the tourism policy from the Prime Minister of Pakistan and it was handed over to the government of GB to facilitate the tourists and the security institutions are also directed to ensure the safety of tourists.
Government took seriously the incident of tourists’ killing at Nanga Parbat two years ago and the culprits were punished under the rule of law due to which the tourists’ confidence has been revived once again.
The GB government was playing its due role in creating awareness about the tourism industry and besides developments on other sectors in PML-N government, the tourism industry has also flourished and common man has got income generating opportunities, he said.
GB is the house of nine highest peaks in the world and both the domestic and foreign tourists coming here to see the beauty of nature and the natural glimpses.
The government was also focusing on better roads infrastructure and maintenance of all the roads leading to GB for facilitating tourists at Nagar, Hunza, Gilgit and other popular spots. For those who visit GB for climbing, proper security arrangements and facilities are provided by the government, he said.
APP/Cdra/mka 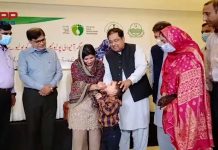 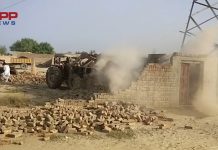 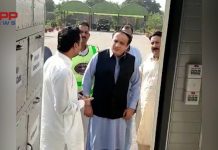