LAHORE, Sept 12 (APP): The Federal Minister for Information, Broadcasting and National Heritage Senator Pervaiz Rashid said on Monday that now everyone was preferring performance of Hajj under government scheme.

Talking to media here at DHA, he felicitated by PML-N and its leadership to all those, who performed Hajj this year.

Federal Information Minister said that during the past government, Hajj expenses had been very high, however, PML-N government under dynamic leadership of Prime Minister  Muhammad Nawaz Sharif had reduced substantially the Hajj

Maintaining its three years best track record, he added, the PML-N government had made elaborate and better Hajj arrangement this year as well.

Pervaiz Rashid said that Imran Khan had always been in isolation and would remain in seclusion in future as well.

He said that Imran Khan had made two promises of performing Hajj and marching towards Raiwind during month of Zil-Hajj but he had not yet fulfilled his promises. As far as his first promise is concerned, he said, Allah Almighty did not allow him to Hajj, as it seemed that PTI Chairman had made some wheeling and dealing with devil.

Federal Minister said that they had not stopped Pakistan Tehrik-e-Insaaf (PTI) Chairman from marching towards Raiwind but he was still rendered lonely as Pakistan People’s Party (PPP), Awami National Party (ANP), Jamaat-i-Islami (JI),

and even his political cousin (Dr. Tahirul Qadri of Pakistan Awami Tehrik-PAT) had opposed the PTI march.

He asserted that Imran Khan could not get blessings of Allah Almighty, and also could not achieve the target of ‘Sherwani’.

He said that a politician belonging to Rawalpindi had always been talking of ‘sacrifice’ on every Eid, and now that politician had purchased a camel worth Rs 100,000 for 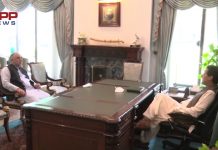 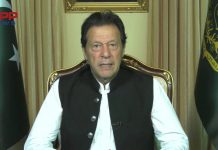