ISLAMABAD, Sep (APP): Swedish Ambassador Ms Ingrid Johansson called on the Finance Minister Senator Mohammad Ishaq Dar here Wednesday.
The Minister welcomed the Ambassador and expressed hope that she would work towards further enhancing trade and economic ties with Pakistan. He briefed the Ambassador about the turnaround in the economy over the past three years which had resulted in a growth rate of 4.7 percent record low inflation and increase in foreign exchange reserves. He also informed the Ambassador about the income support program in Pakistan which was designed to make the people self sufficient.
The Ambassador thanked the Finance Minister for receiving her and informed him of her recent visit to Karachi where she had held useful bilateral meetings. She also informed of the Swedish collaboration with the SBP as well as Punjab government in the areas of digital financial services and road safety respectively.
It was pointed out that Sweden was world’s leader on IT sector, particularly in start-ups, and that efforts were underway to establish links with various universities in Pakistan. Sweden also has world leading companies like Ericsson, Volvo, Saab and Scania which had put its economy on a strong footing.
The Finance Minister said that Swedish capability in IT sector could be utilized to provide increased financial services the people in various parts of the country.
The meeting was attended by Secretary Economic Affairs Division as well as senior officials of Ministry of Finance.
APP/Saeeda/anm 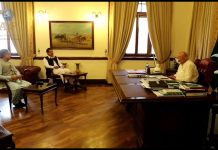 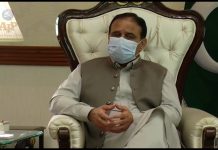 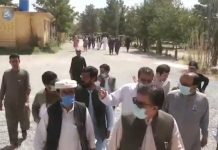