ISLAMABAD, Oct 5 (APP): President of Belarus Alexander Lukashenko was given warm welcome on his arrival at the Prime Minister’s House here on Wednesday.
Prime Minister Muhammad Nawaz Sharif received the Belarusian President Alexander Lukashenko, who had arrived in the capital Tuesday night on a three-day official visit.
The two leaders warmly shook hands and greeted each other.
A contingent of armed forces presented guard of honour to the visiting dignitary, who also reviewed the parade. The national anthems of both the countries were played.
Prime Minister Sharif introduced President Lukashenko and his delegation with the members of his cabinet.
This is the second visit of the President of Belarus in 16 months.
APP/ Hamza/mka/VNS Islamabad 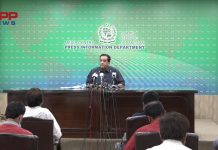 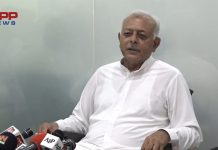 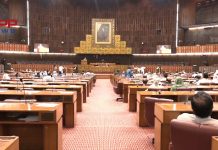