ISLAMABAD, Oct 11(APP): One of the most important events in early Muslim history was the battle of Karbala fought in 680 CE in which Imam Hussain (RA), grandson of the Holy Prophet (PBUH) sacrificed his life along with a small band of disciples in a bloody battle against the tyrant Yazid.
This event occurred in the Islamic month of Muharram, and it is for this reason that this month is observed with great solemnity in many parts of the Muslim world.
“Marsiya” is a poem written to commemorate the martyrdom of Ahl al-Bayt, Imam Hussain and battle of Karbala. It is usually a poem of mourning which is not only rendered to the Urdu language literary and poetic beauty, but also a medium of religious, cultural, and intellectual expression.
“Marsiya” is usually associated with the Muslims who use to recite Marsiya and Nohe during the Month of Moharram to remember and pay tribute to the Ahle Bayt e Rasool (SAW) who sacrificed their lives in Karbala with bravery. But it is amazing to observe that beside many noted Muslim Marsia Nigars the people of other religions also wrote beautiful and inspiring Marsiya.
Marsiya found a specially congenial soil in Lucknow, chiefly because it was one of the centres of Shiites Muslim communities in South Asia, which regarded it an act of piety and religious duty to eulogies and bemoan the martyrs of the battle of Karbala.
During that time the Hindus were more deeply involved in the rituals of Muharram. So their participation was not confined to writing marsiyas alone but there are many names who recite Marsiya in a very beautiful and convincing manner.
Lala Har Prashad is one of the name who had a passion for reciting Marsiya.  Every year, he participated with devotion in tazia processions and recited his favourite marsiyas depicting the martyrdom of Hazrat Abbas.
Tika Ram was a potter. Out of his devotion for Imam Husain (AS) he had made a tazia of clay, which in its own way was a piece of art. This tazia was exhibited every year on the night of Muharram 10 and was always a centre of attraction for the mourners.
Munshi Channu Lal “Dilgir” of lucknow, pandat esri Parshad, Pandat Dehlvi, Hakim Channu mal Hafiz Dehlvi, Maharaja Balvan Singh, Dilu Ram Koshri, Rae singh Nath Fraki, Nathoni Lal Dhawan, Nanak Chand Khatri, Roop Kumari Kanwer, Baba Krishan Gopal Mehroom, Narain Das Talib Dehlvi, Jain Gohar Dehlvi, Vishv Nath Parshad, Mathur Lakhnavi, Chandar Bhari Lal, Saba Jaipori, Guru Saran lal Adeeb, Pandat raghunath Sahe umeed, Rajindar Nath Shaida, Javaid Vasisht, Rai Bhadur uthar din, Drishan Singh Dagal, Pandat Labhu Ram Josh Malsiyani, Gopi Nath Aman, Oom Parkash Sahir, Kunwer Mahindar Singh Baidi, Parshad Munawar and Ram Rao are some of the important names who wrote Marsia.
This great contribution of Hindu Marsia nigars is evident that the message of Islam and Karbala is not for one religion but, this massage is universal and will be kept alive till the fight of right and wrong, evil and virtue.
APP/ Saeeda/mka 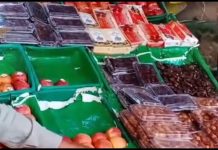 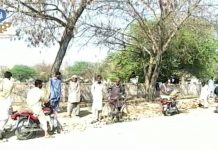 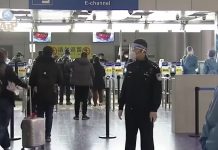