ISLAMABAD, Feb 15 (APP): Pakistani female mountaineer Uzma Yousaf Tuesday termed Pakistan a safe country for foreign mountaineer to climb over adventuress peaks in the country.
Uzma Yousaf became the first ever female mountaineer to summit the 5098 meter “Rush Peak” in winter.
Talking exclusively to APP Uzma Yousaf, women from Peshawar, KPK, expressed her experience, struggle and the hardship she faced during the expedition.
Uzma Yousaf stared her journey on 2nd February and waved Pakistani flag on summit of Rush Peak on 8th February. Earlier, she served Manglik Sar climb on 8th October, 2016.
She said the whole expedition she performed was on her own; she got no financial or any other facilitation from any government authorities.
She told APP that from her childhood she always wanted to do something extra-ordinary, having full support of family and husband she was able to fulfilled her wishes.
“I couldn’t serve my whole life just as a house wife” adding that Uzma said it was hard to leave a child behind and climb Peaks but I wanted to make my children proud of their mother.
Uzma said when first she started to climb Manglik Peak, the other expediter left climbing soon after weather starts turning. “But I didn’t looked back, it was a challenge for me”, said Uzma.
“I told myself that I would do this at any cost, it was a huge risk but I wanted to do it” she said.
Talking about the Rush Peak summit she said that we start on 5th February from Hoper Glacier (Bualtar Glacier) and set our camp after crossing 2nd Glacier Barpur.
The base camp was setup at “Rush Lake”, one of the world’s highest alpine lakes.
Temperature was following down, we saw avalanches, ice cracks but we keep pushed our self forward, Uzma said.
We had no sight, as we walked upside the oxygen was running low, but when we summit a beautiful view of high Peaks and Glacier were seen, she said.
“I have no words to express the feeling, I had tears in my eyes”, Uzma expressed her feeling. She said her next mission is to climb Mount Everest. Uzma Yousaf said there is nothing women cannot do in Pakistan. She said Pakistani women has great potential and can perform any task.
APP/Ahsan/Was/VNS Islamabad 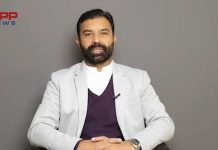 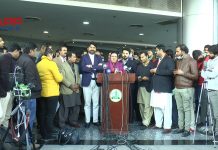 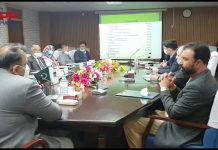