The meeting discussed the overall security situation of the region with particular reference to Human Rights violations in Indian occupied Kashmir. The Federal Minister said that the creation of IPHRC is a matter of great appreciation for OIC which reflects the commitment of OIC to the cause of fundamental Human Rights. Kashmir is an unfinished agenda of partition of the subcontinent and people of IOK have been facing worst kind of violence at the hands of Indian occupying forces since 1947.

He said that India is attempting to change the demography of IOK by means of brutal violence and by implementation of over a dozen black laws. He said that in latest wave of violence that started with martyrdom of a Kashmiri youth Burhan Wani, nearly 200 kashmiries have been martyred and thousands are in critical condition.

The Indian forces are relentlessly using pellet guns on peaceful unarmed protesters and have targeted even children aged between five to twelve years with lethal pellets rendering them permanently blind.

The Federal Minister said that entire Hurriyat leadership including Syed Ali Gilani and Yaseen Malik are either under detention or house arrest and India is denying all Independent Human Rights Organizations an access to Indian Occupied Kashmir for hiding information regarding human rights violations in Indian Occupied Kashmir.

The Federal Minister said that people of Kashmir have great expectations from OIC and hope that OIC will raise a stronger voice to highlight Indian atrocities and urge the international community to ensure fulfillment of promises made to people of Jammu and Kashmir under UNSC resolutions. 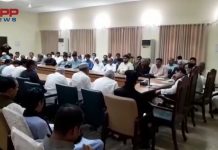 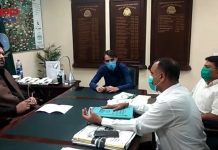 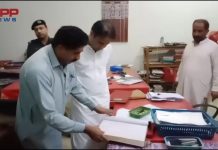