ISLAMABAD, April 3(APP): Minister for Water and Power Khawaja Muhammad Asif said load-shedding will be reduced back to three hours in urban and four hours in rural areas before the end of this month.
Talking to newsmen here Monday, he said hydel power generation will increase from the existing two thousand to about 3500 MW by 20th of this month. He said four power plants of more than 1200 MW on scheduled maintenance will also be back this month.
The Minister said Nandipur gas conversion will also be completed this month besides increased generation from Guddu by next month. Similarly, he said additional four thousand and five hundred-megawatt electricity will be available in the next month. He clarified that despite low hydel generation, the overall generation is still higher by 1000-MW as compared to last year while load-shedding is still low than last year.
The Minister said ten thousand megawatts of electricity will be added to the grid in the next 12 months.Referring to performance of power sector during the last two years, the Minister said there is zero load-shedding for industry.
He said power tariff has also come down for Solar from 17 to six rupee per unit; for wind fifteen to six rupee and fifty paisa per unit, Regassified LNG from 9.5 to 6.6 rupee per units and coal is expected to go down from 8.5 to seven rupee per unit.
APP/Sahar/anm/VNS Islamabad 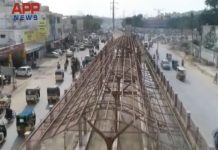 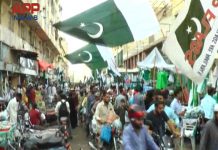 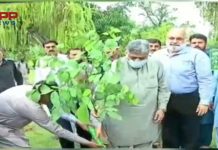