SAHIWAL, May 25 (APP):  Prime Minister Muhammad Nawaz Sharif says the war against terrorism will continue till the elimination of the last terrorist from Pakistani soil.

He was addressing the inaugural ceremony of the first Unit of Sahiwal Coal Fired Power Plant in Sahiwal on Thursday evening.

The Prime Minister said that Pakistan has scarified a lot in the war against terrorism.

He said the backbone of the terrorists has been broken and very soon we will get rid of this menace.

The Prime Minister said that the government is working on multi-pronged strategy to address the challenges facing the country.

He said the successful implementation of the strategy will put the country on the path of progress and development.

The Prime Minister said that ten thousand megawatt electricity will be added in the national grid by next year.

He said this will help overcome the power load shedding in the country.

The Prime Minister said that the completion of first Unit of Sahiwal Coal Power Plant gigantic project in just 22 months is unprecedented.

He said the role of the Chief Minister Punjab, Chinese Ambassador, Chinese engineers and Pakistani engineers in the completion of the project is best example of Pak-China friendship and partnership.

The plant, completed in a record period of twenty two months, has already been linked to the national grid.

The second Unit of the plant with capacity of 660-MW will also start generating electricity from early next month.

The electricity generated from this plant will be available at the rate of 8.11 rupees per unit.

Later, the Prime Minister visited various parts of the plant during which the Chinese engineers gave him briefing about various aspects of the plant. 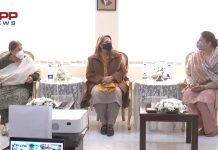 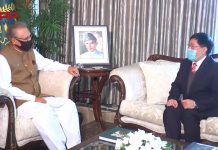 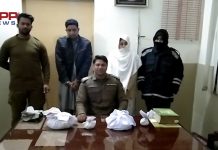