KARACHI, May. 25 (APP): Operationalization Ceremony of Naval Air
Station Turbat was held at PNS Siddiq, at Turbat Balochistan on
Thursday.
Khawaja Muhammad Asif, Minister for Defence was the chief guest
on the occasion, says a press release of Pakistan Navy.
Chief of the Naval Staff, Admiral Muhammad Zakaullah was also
present on the occasion.
Upon his arrival, the Chief Guest was warmly received by Chief of
the Naval Staff.
Khawaja Muhammad Asif, Minister for Defence, during his
address highlighted that this major Naval facility will boost Pakistan
Navy’s capability for the defence of motherland, enhancing the Naval
power over the Arabian Sea and especially its strategic reach
Westwards.
He said that the dual utilization of Naval Air Station Turbat
will accrue dividends both for the maritime defence and in the
economic sector by yielding best value for money.
Minister for Defence further added that the development of
Naval Air Station Turbat would definitely provide a vital link for air
transportation and as a Base for Naval Operations besides providing
required support to CPEC project. With the realization of
intra-regional connectivity, Balochistan will act as a gateway to
Pakistan.
The Chief Guest also lauded strenuous efforts of Pakistan Navy
for operational pursuits and for contribution towards socio-economic
uplift of the area by providing quality education, healthcare
facilities and employment opportunities for the local populace. He
also assured all out support of Govt of Pakistan to strengthen
Pakistan Navy ‘the Guardian’ of the Sea to discharge onerous
responsibilities in the most befitting and efficient manner.
Earlier in his welcome address, Commander Coast Rear Admiral
Abdul Aleem highlighted strategic and economic importance of Naval Air
Station. He also underlined Pakistan Navy’s efforts in providing
quality education, healthcare and employment to the people of
Balochistan in general and the people of Turbat in particular.
Commander Coast extended his felicitations to all PN officers who
remained associated with this mega project and made untiring efforts
in turning this dream into reality. He also thanked the Ministry of
Defence for providing all out support towards completion of this state
of the art Air Station.
The operationalization of newly developed Naval Air Station
Turbat will provide Pakistan Navy with the much needed depth,
flexibility and reach to counter emerging challenges of deterring
terrorism at sea, curbing piracy and carrying out maritime security
operations. The new runway has been constructed as per modern standard
and it will also have the capability to handle heavier aircraft, not
only for Pakistan Navy but also of Sister Services and Civil Airlines.
The very fact that his runway is planned to be used by private sector
as well, will surely boost economic activities in the region. The
development of Naval Air Station at Western periphery of Pakistan is
one amongst many steps undertaken by PN for socio-economic uplift of
the country.
During the ceremony, Pakistan Navy P3C Aircraft, Z9EC and Sea King
helicopters participated in an impressive fly past. The ceremony was
attended by a large number of PN, military and local civil
dignitaries.
APP/pas/msk 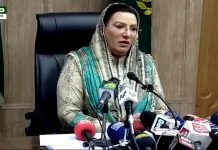 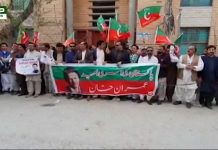