ISLAMABAD, May 25 (APP):  A Turkish judiciary delegation led by Mr. Musa Heybet called on the Speaker National Assembly Sardar Ayaz Sadiq in the Parliament House here Thursday.
While welcoming the Turkish delegation, Sardar Ayaz Sadiq said that friendship between the Turkey and Pakistan is time tested and has roots in history. He remarked that Pakistan and Turkey are intertwined by stronger multi-dimensional relations well-grounded in shared strategic interests, people to people contacts and cultural affinities.
On this occasion, the Speaker was convinced that the people to people, parliamentary, business community, Judiciary and other institutions contacts would bring both the brotherly countries closer. Pakistan and Turkey are committed to an enduring partnership in the face of regional challenges, Sardar Ayaz Sadiq added.
He highlighted that Turkey shines prominently in Pakistan’s strategic calculations. He further said that a robust partnership is inevitable given the shared perspectives on democracy, geopolitics, development and trade.
The Speaker paid rich tributes to the Turkish people and their democratic representatives for their historic defiance against the heinous coup attempt on 15 July 2016. He added that the entire world witnessed an unprecedented example of human resolve and sacrifice on the night of 15 July that would continue to serve as an inspiration for all. The will of the people prevailed as opposed to the force of guns, he added. He also paid rich tributes to the Turkish people for their resolute support to democracy and rule of law by foiling the coup.
The Speaker informed the delegation that our Parliament is sovereign, institutions are robust and rule of law is safeguarded by a strong and independent judiciary and all organs of the state worked in their respective spheres. We believe independence of Judiciary and the rule of law, Sardar Ayaz Sadiq said.
Mr. Musa Heybet thanked the Speaker’s sentiments for Turkey and lauded the support of people, parliament and the government of Pakistan for democracy and rule of law in Turkey. He also appreciated the stance of entire nation of Pakistan regarding coup in Turkey and the solidarity with Turkish people. He outlined that Turkey acknowledges and appreciates Pakistan’s contribution in the fight for global peace and added that Pakistan has paid a heavy price for global peace and security.
The head of the delegation expressed that the culture and values of people in Pakistan and Turkey have much commonalities and could be utilized for strengthening mutual relations and for the benefit of the people. He further added that he was touched by the arousing welcome accorded to them upon their arrival in Pakistan. He said that Turkey considers Pakistan as its brother and desires to further solidify the fraternal bonds. He agreed that parliamentary, judiciary and people to people interaction between both the countries is a way forward in this regard.
APP/saima/anm 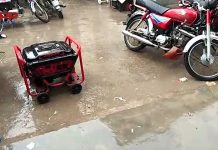 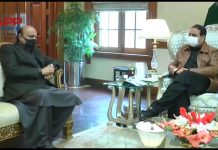 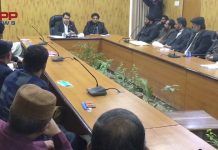