Addressing the 72nd session of UN General Assembly in New York on Friday, the Prime Minister said India is unwilling to resume the peace process with Pakistan and the UN Security Council should fulfill its obligation to secure the implementation of its own resolutions on Jammu and Kashmir.

He asked the UN Secretary-General to appoint a Special Envoy on Kashmir to help resolve the longstanding issue.

He said Pakistan remains open to resuming a comprehensive dialogue with India to address all outstanding issues, especially Kashmir for peace and security in the region.

He said despite over six hundred ceasefire violations by India since January this year, Pakistan has acted with restraint. He said that any venture from or acts upon its doctrine of limited war against Pakistan will evoke a strong and matching response.

He demanded an international investigation into India’s crimes in Kashmir.

Commenting on situation in Afghanistan, the Prime Minister said peace can be restored in Afghanistan only through a negotiated settlement.

He called for promoting negotiations between Kabul and the Afghan Taliban for a peaceful settlement in Afghanistan.

He said neither Kabul and the Coalition, nor the Afghan Taliban, can impose a military solution on each other.

He said Taliban safe havens are located not in Pakistan but in the large tracts of territory controlled by the Taliban in Afghanistan.

He said some anti-Pakistan terrorists have established safe havens across the border in Afghanistan to carry out attacks in Pakistan.

The Prime Minister asked the Afghan government and the Coalition to support and complement Pakistan’s ongoing efforts to strengthen border controls and monitor all movement across it.

He stated that Pakistan is not prepared to fight the Afghan war on its own soil nor it endorses any failed strategy that will prolong and intensify the suffering of the people of Afghanistan and Pakistan and other regional countries.

The Prime Minister said Pakistan believes that the urgent and realistic goals should be elimination of Daesh, Al-Qaeda and their affiliates including the TTP and Jamaat-ul-Ahrar in Afghanistan.

Highlighting Pakistan’s sacrifices in war on terror, Shahid Khaqan Abbasi said that Pakistan has paid a heavy price as over 27,000 Pakistanis including 6,500 military and law enforcement personnel have been martyred by terrorists.

The Prime Minister said Pakistan suffered economic losses of over 120 billion dollars. He said defeating terrorist violence is vital to realize our overriding priority of rapid economic and social development.

Shahid Khaqan Abbasi said terrorism is now a global phenomenon, which must be addressed comprehensively. He said stability will be difficult to restore unless State sponsored terrorism is condemned, prohibited and punished.

He said Pakistan is a peace loving country and is obliged to maintain the capability for credible deterrence as it is confronted by a hostile and increasingly militarized neighbor.

He further expressed that Pakistan developed nuclear weapons only when these were introduced in its region by this neighbor.

He said Pakistan’s strategic assets are tightly and effectively controlled, as has been widely acknowledged by experts.

Talking about climate change challenges, the Prime Minister said it is in our collective interest to pursue and realize the goals of the Paris Agreement and build a new and greener model for growth and development.

Turning to Pakistan’s economic achievements, the prime minister said that China-Pakistan Economic Corridor will further contribute to our economic upsurge.

The Prime Minister said Pakistan seeks good relations with all states on the basis of sovereign equality.

Condemning ethnic cleansing of Rohingya Muslims, the Prime Minister said it is not just an affront to all norms of humanity but also challenges our collective conscience.

Commenting on the Palestine issue, he said Israel’s prolonged occupation and expansion of illegal settlements may lead to renewed and wider violence in the Holy Land.

He also extended the deepest sympathies of the people and government of Pakistan to the people of Mexico affected by the recent earthquake and also to all those affected by storms Irma and Maria. 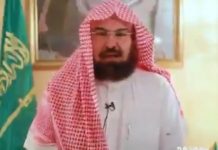