KARACHI, Dec. 25 (APP): A smartly turned out contingent of

celebrations to mark the Father of the Nation’s birthday.

and offered fateha, said a press release of ISPR.

was held on 25 December 1948. It was reviewed by the then Governor

General of Pakistan, Khawaja Nazimuddin who presented the Quaid-e-Azam

banner to the champion company.

The Pakistan Military Academy (PMA), Kakul has the singular honour

of being the only military institution, designated, as “Quaid-e-Azam’s

Own” by the Quaid-e-Azam as the Colonel-in-Chief of the Academy.

The guard mounting ceremony by PMA Cadets is a regular annual

feature to pay homage to the Father of the Nation. 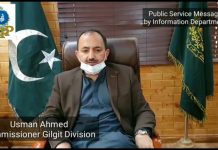 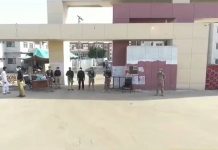 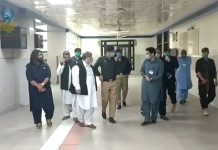