The basic objective of the initiative would be introducing some relevant and quality courses and make our sailors capable of delivering their services not only at local but also at international level.

In a briefing to National Assembly Standing Committee on Maritime Affairs, chaired by Member National Assembly Mir Amir Ali Khan Magsi, he said, “Your suggestions for converting the academy into university would be beneficial for achieving the objectives.”

Besides, he said, shipping policy was being revised with a new look and incentives, a summery in this regard will soon be submitted before Economic Coordination Council (ECC) which would address the woes of importers, exporters and persons attached with shipping industry.

The committee recommended that Pakistan National Shipping Corporation (PNSC) should be given preferential treatment by the government for cargo related business and imports including crude oil should be imported through PNSC.

Chairman PNSC, Rizwan Ahmed informed the committee regarding acquisition of shipping vessels and said his department is in process of procuring two second hand LR-1 clean product tankers which would be expected to be part of the fleet by May 31.

He said PNSC was working towards ensuring that its vessels comply with international regulations, aimed towards reduction of green house gases and curtailment of marine pollution.

In long term the ultimate object of corporation is to enhance and maintain dead weight carrying capacity over 1.5 million tons by 2025, he added.

Giving details about recruitment policy, Rizwan said there has been no recruitment in the corporation of permanent employees since 1986; however, 65 new recruitment on contract basis has been done during last two years. 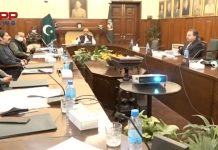 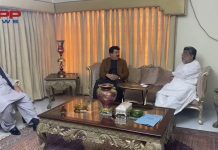 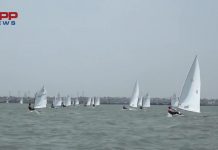