ISLAMABAD, May 15 (APP): Advisor to the Prime Minister on Commerce Abdul Razak Dawood on Wednesday said the government would shift the country’s economy from a consumption driven one to an investment driven one.

It was the right time to take full benefit of the Pakistan China Free Trade Agreement (Phase-II) as Chinese companies were being relocated to Pakistan, he added.

The advisor was talking to a delegation of All Pakistan Chambers of Commerce and Industry Presidents Convention, which called on him here to discuss the tax related proposals for the upcoming federal budget 2019-20.

He said the country had to diversify exports, both product-wise and geographically.

“Every possible measure will be taken to enhance the exports and promoting made in Pakistan products will be the government’s prime focus,” he added.

Senior officials of the Ministry of Commerce and National Tariff Commission were also present in the meeting.

The delegation requested that all raw materials must attract zero or low customs duties.

It also proposed the government to eliminate regularity duties and additional customs duty on raw material so that local industry might be able to compete with regional and global competitors.

“Custom duties on intermediary products should be reduced so that industry may be able to import quality materials, components and machinery from abroad,” the delegation demaned.

The delegation also highlighted the issue of non-payment of refunds as it was drying out liquidity from the market. It suggested that the benefit of the payment of refunds through promissory notes should be extended to all sectors, including five zero rated sectors.

The advisor said the government’s main objective was to promote industrialization in the country.

He said various measures were taken in Reforms Package 2019 in which duties were reduced to zero on certain raw materials. Moreover, the government was pursuing business friendly policies and offering various incentives for promotion of ease of doing business in the country by removing outdated and restrictive regulations.

Dawood assured the delegation that the government would extend its full cooperation and support for strengthening local industry as indigenous growth was very essential for a strong economy. “More manufacturing will result in earning more revenues,” he added. 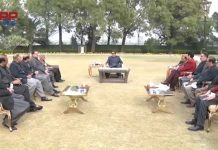 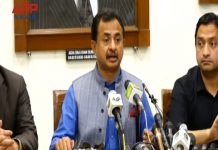 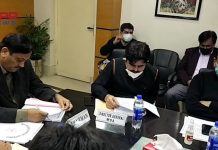