QUETTA, Jul 01 (APP): Federal Minister Saffron and Anti-Narcotics Shehryar Afridi on Monday said elimination of narcotics was a major challenge in Pakistan while a comprehensive campaign would be started across country to eradicate such curse of narcotics from the society.

He said strict action would be taken against those elements involved in business of narcotics through cooperation with Anti-Narcotics Force (ANF), other federal organizations and provincial government to punish them under law for eliminating trade of narcotics activities from the areas.

Federal Minister Shehryar Afridi expressed these views while addressing at a ceremony of torching huge quantity of narcotics which were recovered from various conducting operations by ANF in Balochistan.

He said narcotics sellers were targeted to youth and students in educational institutions and youth is being involved in narcotics for higher grades during exam.

Mr. Shehryar Afredi said a comprehensive campaign is going to launch to raise awareness among citizens against narcotics across country to save youth curse of narcotics under vision of Prime Minister Imran Khan because our youngsters are Pakistan’s most important asset.

He urged parents that they should play their key role to protect their children from curse of narcotics addicts in the society and parents have no knowledge about some drugs such as Ice, Crystal and met narcotics which use the students in colleges and universities of Pakistan. In this regard, anti- narcotics campaign to be initiated to aware parents in the society for decreasing addict of narcotics.

Minister said measures were being taken to reform ANF to end drugs smuggling and narcotics from country.

According to ANF spokesman, over 176 tons of narcotics including heroin, opium and chars were torched by Federal Minister along with provincial ministers and ANF officials during establishing ceremony in Quetta which were recovered in various conducting operations in respective areas of Balochistan by ANF personnel. 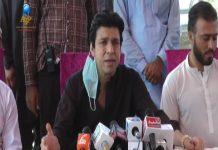