SUKKUR Aug 14 (APP): The Independence Day of Pakistan was celebrated in Sukkur district with enthusiasm and fervor here on Wednesday. The day began with special prayers in all mosques and places of worship for the solidarity and unity of the country.

However, the Independence Day of Pakistan as Kashmir Solidarity Day to express solidarity with Kashmiri was celebrated at Pano Aqil Garrison with traditional zeal and fervor. The day started with special prayers after Fajr in all mosques of the Pano Aqil Garrison for solidarity, progress and prosperity of the country.

The  Commissioner paying rich tribute to the sacrifices of the armed forces of Pakistan stressed upon unity and harmony among its ranks to face challenges and issues confronted by the country. He said that our forefathers achieved a separate homeland for Muslims after rendering great sacrifices and freed themselves from Hindu and British domination under the dynamic leadership of Quaid-i-Azam.

He advised the youngsters to work hard with sincerity for the well being of the country.

Commissioner Baloch said that Pakistan had come into being due to unparalleled leadership of Quaid-i-Azam and sacrifice of four million lives. He said that it was now the duty of each and every Pakistani to work for the unity, integrity and solidarity of Pakistan.

Moreover, all officials of the Federal and Provincial government including school children, leaders of business community and elite of the town were present on the occasion. 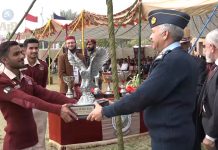 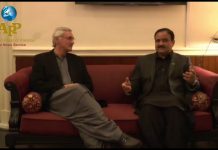 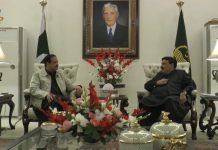