SUKKUR Aug 14 (APP) – Scores of members of the mainstream Jeay Sindh Qaumi Mahaz (JSQM- Bashir) and its Arisar faction as well as the Jeay Sindh Mahaz (JSM) and Jeay Sindh Muttahida Mahaz (JSMM) in Sukkur on the occasion of 72nd Independence Day of Pakistan as Kashmir Solidarity Day’ to expressed solidarity with Kashmiri, announced their decision to quit the parties during a press conference here on Wednesday. The workers announced they were moving away from nationalistic politics and would join mainstream parties to work for ‘pro-Pakistan politics’.

Speaking at a press conference here, as many as 14 activists, including some senior district-level leaders, said they had decided to resign from the membership of their respective party/group and work for the solidarity of the country.

There is no scope for nationalist parties/groups and nationalist politics in Sindh under the given situation,they said. Some other JSQM, JSMM and JSM activists were of the view that their respective leaderships had failed to protect and guide them on what to do in the prevailing conditions.

While chanting the slogans of Pakistan Zindabad and Kashmir Banega Pakistan, they also strongly condemned Indian atrocities against innocent Kashmirs and stressed need for awakening of the conscious of the international community. 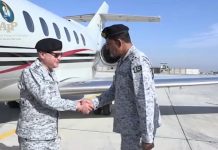 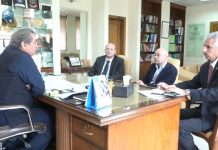 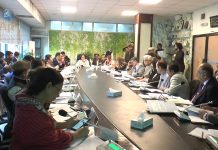