ISLAMABAD, Oct 19 (APP): Minister of State for Narcotics Control Shehryar Afridi has demanded that hearing into the narcotics case against PML-N leader Rana Sanaullah should be conducted on daily basis.

Addressing a news conference, he said Rana Sanaullah was caught red-handed with 15 kilograms of heroin and every evidence in this regard will be presented to the court when trial begins.

The Minister of State prayed the Chief Justice of Lahore High Court to either shift Rana Sanaullah’s case to Rawalpindi or the trial be conducted in the prison for ensuring protection of the witnesses.

He also asked the Inspector General of Punjab to provide protection to the witnesses.

The Minister of State said the prosecution should be allowed to present evidence before the court.

He regretted the media trial of the Anti-Narcotics Force saying it is an exceptional force and working tirelessly to nab the drug mafia.

He said the performance and sacrifices of the ANF have also been acknowledged by international organizations, including the United Nations Office on Drugs and Crime. 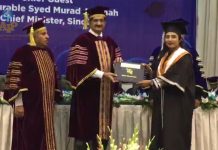 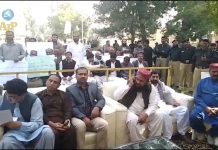 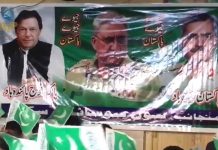