KARACHI, Oct 21 (APP):Prime Minister Imran Khan on Monday said the federal government was conscious of the basic challenges faced by the residents of Karachi and was fully committed to  address them on long term basis.

The prime minister said the country’s commercial hub could not be ignored and the federal government would ensure that its potential was fully explored.

The Pakistan Tehreek-e-Insaf government stood by its commitment and would  help resolve the issues of water scarcity, inadequate waste management, poor transportation and others for good, he added.

Imran Khan said quality life, security and proper means of livelihood were the basic rights of every citizen that could be materialized through meaningful efforts along with coordination among all the stakeholders.

He also expressed his concern over the recent resurgence in the street crimes in Karachi.

The MQM delegation while sharing their reservations about certain issues linked to urban areas of the province with the prime minister, sought implementation of Article 140-A of the Constitution in Karachi.

They demanded that the devolution of power as per Constitution must be implemented in its true spirit. 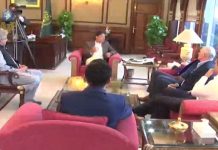 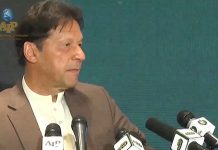 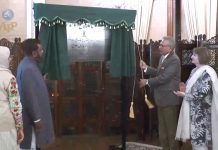