SIALKOT, Oct 13 (APP): Special Assistant to the Prime Minister on Information and Broadcasting Dr Firdous Ashiq Awan said the rejected political elements were fighting for their own survival.

There had left no space for them in politics to deceive people anymore for their personal gains, she said this while talking to newsmen at Dhillum Ghazi-Variyo village here after inaugurating gas supply.

Dr Firdous said the past rulers were responsible for inflation in the country who pushed the country in the quicksand of foreign loans, adding now they were busy in doing negative propaganda against the government for covering up their massive corruption.

The special assistant said the opposition was just trying to protect looters from accountability, adding they did not have any interest with the country.

She said Fazlur Rehmann was instigating students of Mudrassas to join the Azadi March.

Dr Firdous said the provision of conducive atmosphere to investors and businessmen in Pakistan was the vision of Prime Minister Imran Khan, adding the

Government was making strenuous efforts to facilitate the business community and mobilising all resources to doing business more easy in the country.

The special assistant said no practical step had been taken by the previous regimes for resolving problems of business community as a result exports were reduced, but the PTI-led government would soon announce policy for betterment of the business community. 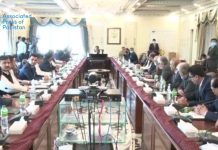 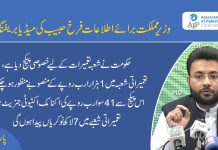 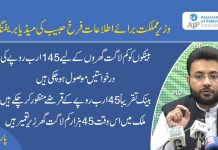