Briefing the committee, Mian Mushtaq Borana told the committee that this year 123,316 Pakistani pilgrims performed Hajj under Government Scheme and 76,684 under private Hajj scheme. As many as 22,000 Government Scheme had benefited from Road to Makkah Project, which would be expanded to all provincial capitals next year.

This year 59,702 hujjaj transported to Saudi Arabia from Pakistan Airlines (PIA), 47,980 had gone from Saudi Airline, 13,794 were transported by Air Blue and 1840 from Saudi Gulf Airline.

From out of 123,316 Government Scheme Hujjaj, 112,500 were provided accommodation in Markazia Madina Munawarrah. 13 catering companies in Makkah and 12 in Madinah were hired to provide three times meal to hujjaj. From out of 47 Makatibs. Complaints were received against 6 Makatibs including 80,82,88,90, 93 and 108. Moalim of two Makatibs including 80 and 82 have been blacklisted by Saudi authorities. 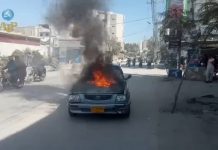 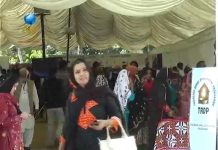