ISLAMABAD, Nov 05 (APP): Federal Minister for Planning development and reforms Makhdoom Khusro Bakhtyar Tuesday termed CPEC, as a gateway for progress and prosperity for a bright future not only for China and Pakistan but for the whole region.

Chairing the 9th Joint Cooperation Committee (JCC) along with Vice Chairman National Development & Reform Commission (NDRC) Ning Jizhe he said that 2019 was a significant year for China Pakistan Economic Corridor as several significant milestones were achieved or will be achieved by the end of the year.

The recent visits of PM Imran Khan and his interaction with Chinese leadership have, in true sense, broadened and enhanced the scope of future cooperation in diverse fields of agriculture, industrial and socio-economic development’ stated the Minister.

‘We made steady progress in resolution of matters regarding finalization of tariffs for the completed energy projects, Gwadar port concession agreement and Kohala hydropower project’ said the Minister. The incumbent Government has taken several important decisions this year to paved way for finalization of Gwadar Master Plan and preliminary design of ML-1 project, operationalization of Gwadar Port and free zone.

Khusro Bakhtyar said that remaining portion of the Eastern corridor from Sukkur to Hyderabad (M6) will be completed in BOT mode under the umbrella of Public Private Partnership and urged Chinese companies to take active part in the bidding process. He recommended that JCC accords priority to remaining portion Western corridor and the provincial projects proposed in previous JCCs. This year in March, the Zhob–Quetta section of the Western Corridor was inaugurated and now the remaining portion of DI–Khan–Zhob is a priority for the Government of Pakistan.

He highlighted that ML-1 is also a top priority project for Pakistan and the stage is set to take the discussion to next level and formulate a Joint project financing group to discuss the modalities. He added that the Government has established CPEC Authority which will work as a one window for all CPEC related issues so that we can fasten the pace of the projects and remove all bottle necks for efficient implementation of the projects.

Minister expressed optimism that today’s huddle will have meaningful consultation to formulate the roadmap for cooperation in the 2nd phase of CPEC and hoped that it will yield tangible progress towards our shared goal of making CPEC a resounding success.

Appreciating the warm welcome accorded by the Government of Pakistan, VC NDRC Ning Jizhe said that delegation from China for 9th JCC is the biggest as compared to previous delegations which shows commitment of China to take cooperation with Pakistan to new heights. He stated that high consideration will be given to socio-economic and industrial cooperation in the second phase of CPEC. He underscored that bilateral economic cooperation will proceed as planned for the mutual benefit of both brotherly countries.

A documentary showcasing the progress on CPEC was also aired during the 9th JCC. 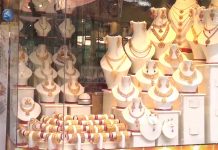 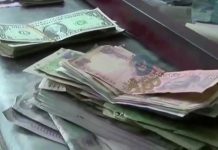 Rupee unchanged against dollar in interbank 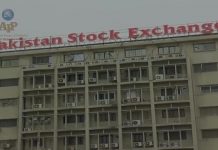