According to GTIII report which launched here termed tobacco related CSR activities as a major problem as several tobacco companies were able to sign Memorandum of Understanding for joint CSR activities.

It said that the quarters concerned should require the tobacco industry to submit information on tobacco production, manufacture, market share, marketing expenditures, revenues and lobbying activities.

The index also wants a code of conduct for all stakeholders on their interaction with the industry. The report also highlights the conflict of interest.

The first global Index, which was launched by the Society for Alternative Media and Research (SAMAR) in Pakistan, is a civil society report assessing the implementation of FCTC Article 5.3. It has used the questionnaire and scoring method of the ASEAN Tobacco Industry Interference Index, which was originally developed by the Southeast Asia Tobacco Control Alliance (SEATCA) to assess how Article 5.3 was implemented.

Among the 33 countries, Pakistan’s score on the index is 66 as a country with heavy interference of tobacco industry.

He said that as many as 245 offices had been declared as smoke free while the district administration had engaged many departments to educate people about the negative effects of tobacco on their health.

He said that several awareness campaigns had been arranged while 32,000 awareness materials had been distributed among citizens to tell them about health hazard effects of tobacco.

Deputy Director General, Tobacco Control Cell and Tobacco-Smoke Free Islamabad, Dr Minhaj Us Siraj said that the index report on Pakistan said progress had been made  in applying larger pictorial warnings on cigarette packs, but there was interference of tobacco industry to reduce the size of the warning by lobbying the stakeholders.

National Coordinator, SAMAR, Khurram Hashmi said that there was immediate need to register of all representatives of the tobacco industry, their affiliated organizations, and individuals from the concerned departments.

He said that GTIII was based on publicly documented tobacco industry interference in 33 countries, including Pakistan, and their respective governments’ responses to these interferences for the period of January 2017 to December 2018.

He added 33 countries had been ranked according to total scores provided by civil society groups who prepared their respective country indices. The lower the score, the lower the overall level of interference, which augurs well for the country.

As a countrywide network of 267 tobacco control partners, Coalition for Tobacco Control (CTC-Pakistan) has provided the assessment for the global index on the tobacco industry interference and the government response in Pakistan. he added. 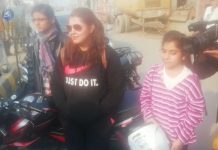 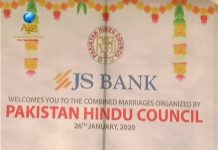 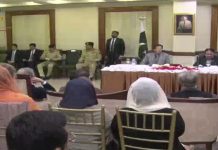