KARACHI, Jan. 29 (APP)- The Karigar Mela in Karachi was an opportunity for rural communities of the province to display their handicraft and empowered to gain direct market linkages.

The two day event that concluded on Wednesday was supported by Thardeep Rural Development Program (TRDP) and the European Union under the Sindh Union Council and Community Economic Strengthening and Support (SUCCESS) Program. It provided a number of men and women artisans a chance to have direct interaction with local and foreign proponents of their work.

“The work is intricate and beautiful that can be modified in accordance to modern day needs,” said Jane Smith married to a Pakistani and engaged in handicraft business. Dr. Allah Nawaz Samoo mentioned that over 200,000 poor households are being helped under the SUCCESS Program with the goal of breaking the poverty cycle.

“The Karigar Mela itself was aimed at directly connecting the thousands of rural artisans and skilled workers with mainstream markets with out any  interference and exploitation by middle man,” he said.

Ambassador of European Union, Androulla Kaminara speaking on the occasion said the strong record of friendship between EU and Pakistan has been particularly focused on betterment of masses at the grass root levels.

Presently different EU funded projects worth 650 million are underway in Pakistan and these are mainly to express solidarity of people of Europe with their Pakistani counterparts. ” We want to help government in its efforts towards poverty eradication,” said Ambassador Kaminara claiming that SUCCESS

Program supported with a funding of 18 million euro is one of the most impressive projects.

“The project underway in Sindh – Pakistan is important

because it tackles with poverty through active involvement of marginalized people,” she said appreciating that communities were being empowered on sustainable basis.

Absolute support to the project discussed in detail the series of programs initiated by the provincial government for women empowerment with direct impact in improving the life quality of families in general.

“An important aspect of women empowerment is also the fact that this has emerged to be a tool to combat issue of domestic violence,” said the minister. 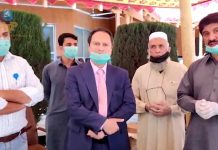 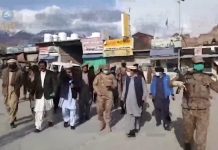 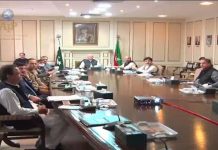