BELGIUM, July 30 (APP):A rally was held in Belgium Wednesday to express solidarity with the people of Indian Illegally Occupied Jammu and Kashmir (IIOJK) on completion of a year of the Indian military siege since August last year.

The rally was organized by EU-Pak Friendship Federation in collaboration with Pashtun Organization Belgium and Kashmir Peace Forum in front of famous tourist resort Atomium of, Belgium.

Around 150 members of Pakistan and Kashmiri community along with Andy Vermaut, famous Belgium based human rights activist attended the event.

The speakers highlighted Indian atrocities in Kashmir and criticized the European stakeholders for neglecting the human rights violations in IIOJK.

The participants chanted anti-India and Anti-Modi slogans against for aggression in IIOJK and discriminatory attitude against Kashmiris and other suppressed minorities who have been under siege since last one year. 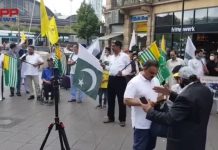 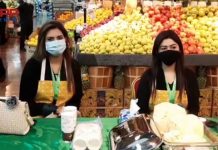 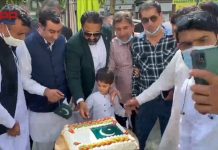