MIRPUR (AJK), Aug 01 (APP): Azad Jammu and Kashmir (AJK) President Sardar Masood Khan on Friday paid tributes to the valiant people of Indian Illegally Occupied Jammu and Kashmir (IIOJK) for their resilience to face India’s barbaric scorched-earth policy, and their resolve to resist colonialism and foreign occupation. “We are with our brothers and sisters in IIOJK until together we repulse the Indian invasion and wrestle down the monster of Hindutva which is feeding on Kashmiri lives and rights,” Masood said in a video message to the Kashmiri people in connection with the Youm-e-Istehsal (August 5) marking the first anniversary of last year’s unilateral illegal Indian action of abrogating the special constitutional status of IIOJK and its military siege.

He said the day (August 5) had gone down as the blackest day in the history of Kashmir as on that day last year 900,000 Indian occupation forces invaded the IIOJK and re-occupied it. Ever since they had been brutalising the people and colonising the territory. The occupation army, he said, had killed hundreds of young men, incarcerated thousands of boys and children, and forcibly disappeared Kashmiris. All freedom leaders were under illegal detention. Concentration camps had been set up in the occupied territory in order to force political activists to discard their quest for liberty.

Sardar Masood pointed out that late last year, India bifurcated the disputed territory illicitly into two parts and declared that they would be ruled by Delhi, without the consent of the people.  “In another sinister move this year, India has launched massive import and transfer of Hindus from India to settle them in the occupied territory in order to change the demographic composition of the state. This is a flagrant violation of the 4th Geneva Convention and international law.” He observed that the scale at which the atrocities were being committed had been rightly termed genocide, crimes against humanity and war crimes.

“Kashmiris are being exterminated; they are being made aliens in their own land, homeless in their homeland. The full-fledged aggression against Kashmiris is driven by the Neo-Fascist Hindutva doctrine and settler colonialism. We see a replication of the Nazi policies in the occupied territory,” he asserted. The AJK president said Indian rulers and armed forces, through their warmongering, ceasefire violations, and threats to attack Azad Kashmir and disintegrate Pakistan, were pushing the region to the brink of war. In fact, they had declared multiple wars against all their neighbouring and even against their own population.

Expressing gratitude to the international media, world parliaments, international civil society and human rights organisations for calling out India’s revolting and despicable crimes against humanity and for speaking up for the oppressed and besieged Kashmiris, Sardar Masood regretted that with the exception of China, Turkey, Malaysia, Iran and West European countries, the response of the most powerful nations had been disappointing and faltering. He also thanked the Organisation of Islamic Cooperation for its strong solidarity with the Kashmiris; and the periodic statements issued by the United Nations leadership. “But this is not enough. We demand action.”

President Masood appealed to the international community, especially the United Nations, to step forward and help liberate the people of IIOJK, or, otherwise, it would be too late. An entire people would be disenfranchised, dispossessed, displaced and destroyed altogether.
In another video message, the AJK president paid great homage to Ghazi-e-Millat Sardar Mohammad Ibrahim Khan, and said undoubtedly he was a hero of the liberation movement and a popular Kashmiri leader, who had got a resolution of Kashmir’s accession to Pakistan passed at his residence in Srinagar on July 19, 1947, and was also instrumental in declaring war against Maharaja Hari Singh’s forces and liberating of one-third part of Kashmir.

He said if India had not landed its troops in Srinagar on October 27, 1947, the whole Jammu and Kashmir would have formed Pakistan today.  Terming late Ghazi-e- Millat an honest, upright and most clean politician of his time, Sardar Masood said the best tribute to the founder leader was to dedicate all abilities for strengthening and reinforcing Kashmir liberation struggle while adhering to his principles and thoughts. He urged the youth of AJK to follow the footsteps of late Ghazi-e- Millat to achieve the desired goals in life. In a special message on the eve of Eid-ul-Azha, the AJK president expressed the confidence that the day was not far off when the Kashmiri people would celebrate the Eid and observe the Sunnah-e-Ibrahimi in an environment of liberty by virtue of the unprecedented sacrifices they had offered for their supreme cause of freedom from the usurper.

He said on the Eid ul Azha, on the one hand the people of occupied Kashmiri, who were faced with the worst siege of their homeland by India, were fighting the novel coronavirus while on the other the Indian rulers and the occupation army had tied them like animals, and dozens of youth were being martyred on daily basis. While extending Eid greetings to the IIOJK people, the AJK president assured that the people of Pakistan and Azad Kashmir stood shoulder to shoulder with them, and would continue supporting their freedom struggle till the occupied territory was liberated. 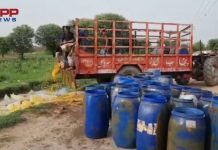 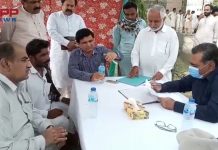 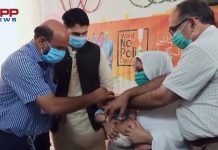