ISLAMABAD Sep 29 (APP): Envoys designate of Canada, Nepal and Bhutan presented their credentials to President Mamnoon Hussain on Thursday at an impressive ceremony held at the Aiwan-e-Sadr.

Earlier, each envoy-designate arrived at the main gate of the Aiwan-e-Sadr in a horse driven carriage.  On the occasion, the National Anthem of Pakistan and their respective countries were played and the envoys designate were also presented Guard of Honour.

Later, the High Commissioner/Ambassadors separately called on the President. Speaking on the occasion, the President said that Pakistan is desirous of further promoting friendly and brotherly relations with all countries particularly with its neighbours for peace, stability and prosperity in the region. The President stated that Pakistan offers great investment opportunities and urged the foreign investors to avail them. He stated that Operation Zarb-e-Azb is progressing successfully emphasizing that the operation would continue till elimination of the last terrorist. 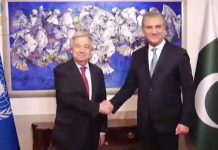 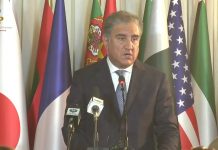 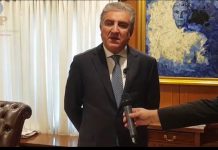