ISLAMABAD, Sept 29 (APP): Senator Ayesha Raza Farooq and Rana Muhammad Afzal Khan, special envoys of the Prime Minister of Pakistan on Jammu and Kashmir here on Thursday briefed the French Senators, Senior officials of the French Ministry of Foreign Affairs and local think tanks about the grave human rights situation in Indian Held Kashmir (IHK).
The envoys met senator Pascal Allizard, who is also the President France-Pakistan Friendship Group in the Senate of France and apprised him about the atrocities being committed by the Indian occupation forces on the defenseless people of IHK, said a message received here.
Senator Ayesha Raza Farooq and Rana Muhammad Afzal Khan are among the 22 members of Pakistan Parliament nominated by Prime Minister as special envoys to raise the Kashmir cause in the important world capitals.
The envoys particularly highlighted the excessive use of force and indiscriminate use of pellet guns on Kashmiri people which had caused eye injuries and blindness to hundreds of people.
France as a permanent member of the United Nation Security Council was asked to play its role for the implementation of UN Security Council’s resolutions that recognized IoK as a disputed territory and called for a free and fair plebiscite for the self-determination of Kashmiris.
The envoys emphasized that Pakistan was desirous of peace and stability in the region and peaceful resolution of all issues with India through a meaningful oriented dialogue. They also met the Pakistani and Kashmiri community and briefed them on the steps taken by the government of Pakistan to highlight the cause of Kashmiris at all the international forums especially the United Nations.
The community members lauded envoys’ role in highlighting the cause of Kashmir in France in an effective and peaceful manner.
APP/ Ehsan/anm/VNS Islamabad 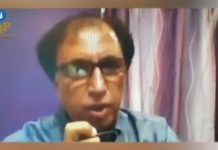 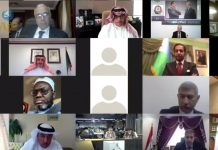 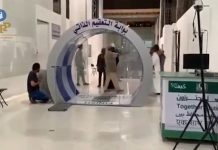