ISLAMABAD, Sept 17 (APP): Prime Minister Muhammad Nawaz Sharif left here Saturday on his most important foreign visit of the year to New York where he will attend the 71st session of the United Nations General Assembly.
This will be the Prime Minister’s fourth address to the 193 member world body in his third term in office.
He is expected to address the General Assembly on 21st September, he will enunciate Pakistan’s position on key global and regional issues, but especially focus on the situation in Indian Occupied Jammu & Kashmir, a statement from the PM House said.
The Prime Minister will have a very hectic schedule in New York. On the sidelines of the UNGA, the Prime Minister will hold bilateral meetings with a number of world leaders, including the UN Secretary-General.
He will be joined in New York by the Adviser on Foreign Affairs, Sartaj Aziz and other senior officials.
Prime Minister Muhammad Nawaz Sharif will make two other statements at the UN in addition to his General Assembly address. Both will be at meetings that are being convened to focus on the global refugees’ crisis.
The Prime Minister will call upon the international community and the United Nations to live up to their promise of the right to self-determination of the people of Jammu and Kashmir in accordance with the relevant UN Security Council resolutions.
APP/Ihsan 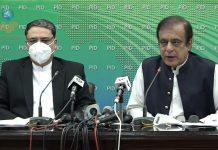 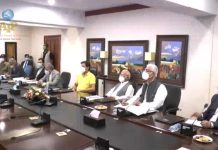 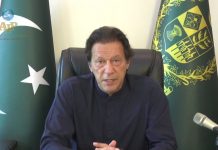