ISLAMABAD, June 30 (APP): Advisor to Prime Minister on Finance Dr.Abdul Hafeez Shiekh on Sunday said that austerity measures, taken by government are bringing good results in economic situation. He expressed his views while addressing a press conference along with Special Assistant of Prime Minister on Information and Broadcasting Dr.Firdous Ashiq Awan, Minister of State for Revenue Hammad Azhar, and Chairman FBR Shabbar Zaidi in Islamabad.

He also said that supporting drown-trodden segments of the society is the top most priority of government and in present budget, sufficient funds have been allocated in this regard.

“Coping with external threat on the economic side, strict austerity measures, helping downtrodden segments of society, facilitating industry, and mobilizing revenues are the five fundamentals of Federal Budget” he added.

” Under austerity scheme, salaries of cabinet members have been decreased by 10 percent” he further stated.

He said, to meet all this, in the new budget, 50 billion rupees have been less allocated for expenditure of the civilian government under austerity drive of the Prime Minister. He said that the austerity has started from the top under which salaries of cabinet members have been decreased by 10 percent, while a raise of just 10 percent has been announced for government employees from grade one to 16. He said employees of grade 17 to 20 will get five percent increase in their salaries, while senior officers of grade 21 and beyond will get no increment. He said expenditure of Prime Minister House has been brought down drastically.

The Advisor said armed forces have volunteered to freeze their budget for next fiscal year.

He said budget to help the downtrodden under social safety net has been doubled from 100 billion to 191 rupees. He said cash transfers for needy women will be ensured under this initiative and poor people will also get health cards to cater their medical needs. He said 216 billion rupees have been reserved to protect interests of electricity consumers, who use less than 300 units and they counts for 75 percent of the total consumers.

Dr Abdul Hafeez Shaikh said industry will get gas and electricity on subsidized rates and tariff on the import of raw material for the industrial sector has been made zero rated. He said all kinds of taxes have been abolished on over 1650 tariff lines so that industry can flourish and ease of doing business can be facilitated in the country. He said incentives have been maintained for the industrial sector and no ax has been imposed on exports and levies will only be on domestic sales.

The Advisor said the government has set a revenue target of 5,500 billion rupees for the next fiscal year as country cannot progress without enhancing tax net.

He also announced to extend the date of Asset Declaration Scheme till Wednesday. He said the extension has been made in view of heavy rush as a large number of people are trying to take benefit of the scheme at the last minute expiring today. He urged the people to take benefit of the scheme by documenting their benami assets till expiry of banking hours on Wednesday. He said that a Benami Commission has been formed, which will go after the benami assets after Wednesday.

Dr Abdul Hafeez Shaikh mentioned that the National Assembly passed the budget after a following a democratic process. He said about 215 MNA’s participated in the budget debate, while Senate and its finance committee also discussed budgetary proposals in detail. He said opposition members moved their own cut motions, which were rejected by majority of the Lower House. He said supplementary grants of 220 billion for were also approved. He said business community, parliamentarians, and other stakeholders were taken onboard regarding the budget under which several changes were made in the finance bill. 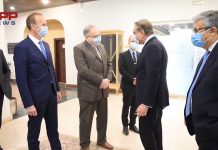 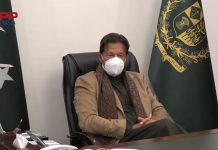 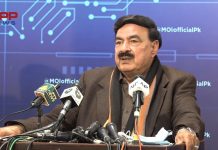