ISLAMABAD, Aug 8 (APP): The Meeting of the Economic Coordination Committee of the Cabinet (ECC) here on Thursday given detail briefing on the current situation of wheat stock in the country and informed that PASSCO and provincial food departments had reported wheat stocks at the level of 7.519 million tones as on 2nd August 2019 as compared to 11.183 million tones of the corresponding period last year.

The committee which met here with Advisor to Prime Minister on Finance and Revenue Dr. Abdul Hafeez Shaikh in chair further informed by the Ministry of National Food Security and Research that the Pakistan Bureau of Statistics on 25th July 2019 had reported the local price of wheat and wheat flour at the level of Rs 362.6 and Rs 422.2/-10 kg respectively, showing a decrease of 0.03 per cent for wheat and 0.69% for wheat flour, as compared to the price level of 2nd week of July 2019.

The Committee instructed the Ministry of National Food Security and Research to regularly monitor the wheat prices, availability of wheat stocks in the country and ensure release of wheat stocks to the local market throughout the year and to check tendency of increase in wheat price particularly in the winter season.

The committee also deliberated summary presented by the Ministry of National Food Security and Research seeking minimum support price for cotton to protect the local farmers and encourage cotton cultivation in the country and decided to constitute a Price Review Committee under the chair of Advisor Ministry of Commerce & Textile to review and suggest the indicative price and other measures to be taken in case of abnormal fluctuations in the prices of cotton.

The Ministry of Energy also submitted a summary to the ECC for extension of gas network and rehabilitation of existing network in oil & gas producing districts of Khyber Pakhtunkhwa at a cost of Rs 9.039 billion out of which SNGP was to bear the cost equal to Rs 4.668 million while the Khyber Pakhtunkhwa government was to chip in with Rs 4.371 million of which Rs 694.5 million had already been released as the first tranche by the provincial government. The ECC discussed the proposal and in the light of input from the members and directed the Ministry of Energy to resubmit the proposal after taking input from the Planning and Finance Divisions.

On another summary regarding gas/RLNG supply to industrial sector, including exporters of five zero-rated sectors in the light of ECC decision dated 16th October 2018 of supplying system gas/RLNG to export oriented sector (formerly zero-rated sector) including its process units as well as captive power plants, the ECC approved the subsidy claims for the month of March (based on 100% RLNG supply), April, May and June 2019 amounting to Rs 5,173,701,600/- based on actual verified bills/claims of M/s SNGPL for release out of the budgeted allocation of current financial year for any shortfall in the budgeted allocation at subsequent stage through supplementary grant.

In order to further simplify the subsidy disbursement process, the ECC also approved a proposal for allowing M/s SNGPL to raise verified subsidy bill/claim of preceding month by 8th day of every month and Finance Division to release the subsidy within seven (7) days of receipt of claim from Petroleum Division. Upon receipt of subsidy amount, M/s SNGPL shall promptly issue adjusted invoices to export-oriented sector in the next bill cycle.

The ECC also approved the proposal for the export-oriented sector to pay the invoices at ECC approved tariff of US$ 6.5 per MMBTU along with applicable taxes. It further approved that waiver of interest/Late Payment Surcharge (LPS) charged by SNGPL on the amounts over and above the tariff of $6.5 per MMBTU during the FY-2018-19 which was due to delayed subsidy release by the Government. For FY 2019-20, LPS shall only be charged on the delayed payment of US $ 6.5 per MMBTU and it will not be applicable on the subsidy amounts to be released by Government to SNGPL.

The ECC further directed the Ministries of Energy, Finance and Commerce and FBR to convene a meeting on the subject and resolve the issue regarding clarification of nomenclature of export-oriented sector so that benefits of concessional tariff be limited to exporters under previous notified zero-rated regime and to ensure that any exporter that was previously not beneficiary of concessional tariff would need certification of falling under the clarified regime from FBR.

Towards the end, Special Assistant to PM for Petroleum Division Mr. Nadeem Babar also briefed the ECC on the movement of diesel by Pakistan Railways by saying that 16148 tonnes of diesel had already been moved inland through the Pakistan Railways in the month of July and the same was expected to increase to 35,000 tonnes in the current month of August after assessment of decanting facilities available with Shell, Parco and Hesco. 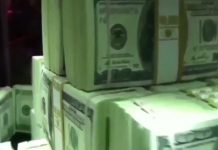 Rupee slightly up by Rs 0.03 in interbank 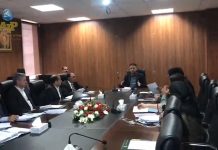 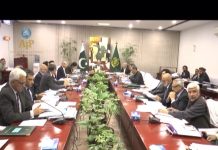