ISLAMABAD, Oct 7 (APP): Prime Minister Imran Khan on Monday said the international community must take cognizance of grave consequences of Indian actions in the Occupied Jammu and Kashmir (IOJ&K) for regional peace and stability and should act immediately.

The prime minister was talking to US senators Christopher Van Hollen and Margaret C. Hassan, who called on him. The senators are visiting Pakistan to have first hand information and an in-depth assessment of the evolving situation following India’s illegal and unilateral actions in the (IOJ&K) in violation of the United Nations resolutions and international law.

The visit also provided an opportunity to the senators to exchange views on strengthening Pakistan-US ties, and the Afghan peace and reconciliation process.

The prime minister appreciated the continued active interest of the US Congress, including of the two senators, in the volatile situation in the Indian Occupied Jammu and Kashmir.

He said the ongoing lockdown in the occupied Kashmir for over two months, refusal of Indian authorities to lift the curfew, and acute shortage of basic necessities, including medicine and food to the people incarcerated in the largest prison on earth, were grave violations of the fundamental human rights and international humanitarian law.

It was critical for the international community to raise its voice for respect of the rights and freedom of the people in the occupied Jammu and Kashmir, he said.

The prime minister said the relationship between Pakistan and the United States was based on mutual trust and partnership for peace.

The senators affirmed that they would work for a broad-based and long-term relationship with enhanced trade ties between the two countries.

Discussing the regional situation, the prime minister noted that both Pakistan and the US had a shared interest in advancing peace and stability in Afghanistan.           Reiterating Pakistan’s continued commitment to facilitation of a political solution in Afghanistan, he underlined the importance of earliest resumption of the US-Taliban peace talks.

Senator Christopher Van Hollen, who visited Miranshah on October 5, appreciated the development work in the area. He also acknowledged the sacrifices of Pakistani soldiers and civilians as part of its successful drive against the menace of terrorism.

The two senators, who visited the Azad Jammu and Kashmir (AJK) on October 6 and held meetings with the AJK president and prime minister, said they shared concerns on the current humanitarian situation caused by Indian actions. They expressed their resolve to continue to remain engaged on the issue. 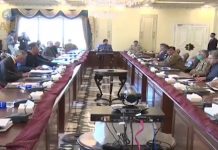 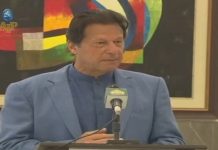 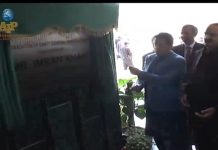