ISLAMABAD, Feb 1 (APP):The government and the people of Pakistan would observe the upcoming Kashmir Solidarity Day (February 05) in a befitting manner to send a strong message of support to their brethren in occupied territory, said Special Assistant to the Prime Minister Dr Firdous Ashiq Awan on Saturday.

Addressing a news conference here, the special assistant said Prime Minister Imran Khan had chaired an important meeting and reiterated unflinching support to the brethren in Indian Occupied Kashmir and asked the party leadership, the government and the media to express solidarity with Kashmiris.

She called upon the nation to send a strong message of support to Kashmiri people and jolt world conscience seeking its role in stopping Indian atrocities in the occupied region.

“Kashmir cause is our top priority. The prime minister has desired nationwide support to Kashmiri people and activities in this regard have been started from February 01 that would continue beyond February 05,” she stated.

She said besides observing the day at government level, the party leadership had been directed to observe the day at district, tehsil and municipal committees level so that people within the country and abroad realize the gravity of situation in occupied Kashmir.

She said India was subjugating rights of Kashmiri people in the worst form of state terrorism as Indian occupied forces were trampling down all legal and constitutional norms by subjugating kashmiri people and denying them their just right to self-determination.

She said the media should raise Kashmir as a national cause in their talk shows, bulletins and different news reports to highlight Indian brutalities unleashed on the innocent Kashmiris.

The second agenda, the SAPM said, discussed in the meeting was related to the prevailing crisis of inflation and its subsequent price hike issues being faced by the public.

The prime minister had reviewed the efforts made by the provincial governments to address the hoarding issue and offend those hoarding by design and profiteering as he reaffirmed his vision to bring ease to masses’ lives.

Dr Firdous said the prime minister also apprised the party leadership about notices issued by Punjab government’s to flour mills involved in perpetrating the crisis and suspension of officers involved in smuggling of wheat to Afghanistan. It was also informed that two collectors from Customs Collectorate, Quetta were suspended and made officers on special duty (OSD), while their cases were referred to Federal Investigation Agency (FIA).

She said the system to curb smuggling was fully operational in other border areas as well and the Customs Intelligence Unit identified corruption, tax evasion and smuggling matters at Torkham Border where entry of high value added goods were being allowed without proper checking and payment of duty. Around 355 such vehicles or containers were identified by the Customs Intelligence and total seven officers including two collectors and an additional collector were suspended and made OSDs.

Firdous Ashiq said the government had issued directives to the provincial governments to take action against those involved in artificial shortage of commodities on war footings. Moreover, PTI’s district level leadership was directed to remain vigilant and identify such people to the departments so that action could be taken against them.

The prime minister, she said, had directed to take practical steps to tighten the noose against mafias involved in corrupt practices and hampering the reforms agenda aimed at benefiting the people. “No impediment will be tolerated against the prime minister’s vision of accountability for all,” she added.

She said the accountability process would continue unhindered till the society was cleanse of this menace. “The prime minister reminded his party leadership that they had not came into power to rule and enjoy the privileges rather to reform the system and ameliorate the lot of people,” she added.

Moreover, the SAPM informed that the government had imposed ban on exporting sugar to provide cheap sugar to masses and had also permitted duty free import of sugar to avert any possible crisis.

Answering a question, she said, today (Feb 01) is the last date for former Prime Minister Nawaz Sharif to submit health reports about current status of his health to Medical Board and the Punjab Government.

To another question, the Special Assistant described the filing of case by Shahbaz Sharif as a gimmickry and said the London court cannot be hoodwinked and facts would be revealed through speedy justice.

On the issue of replacement of Inspector General Police Sindh, she said, “our priority is to uphold the law instead of swaying by personalities. Sindh government has its view point. But, we are also keeping the narrative of people in view and will decide as per the law.”

About censorship on media, Firdous Ashiq said media was independent to report however we all need to keep the national interest supreme. “It is our shared responsibility to protect and safeguard our national interest,” she added.

When asked about a bill moved in the Senate for enhancing perks of parliamentarians, she said, it could be a private member bill and could not be associated to the government. The government was very much clear that the masses’ financial problems must be addressed first. 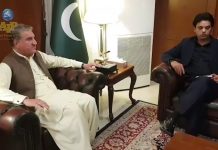 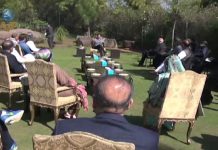 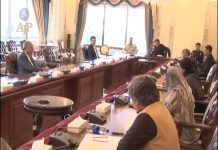