“Efficiency-wise, the Euro-5 petrol is far better than the existing Euro-II and will be available without any additional cost,” he said while sharing two-year performance of the Pakistan Tehreek-e-Insaf (PTI) government here at a news conference along with members of the federal cabinet.

After December 31, he said only Euro-5 standard diesel would be imported in the country as per the vision of Prime Minister Imran Khan to tackle the climate change and global warming challenges.

During the last two years, he said, exploration and production (E&P) companies, operating in different hydrocarbon potential areas of the country, had  made 26 oil and gas with initial flow of 6,799 barrels per day (BPD) oil and 234 million cubic feet per day (MMCFD) gas.

He warned that the country’s existing oil and gas reservoirs were on fast-depletion at the rate of 9.5 percent per year, as the previous government did not awarded even a single new block for exploration activities.

Currently, the SAPM said, the country total gas production was around 3.7 billion cubic feet per day (BCFD) against the demand of 6 BCFD gas.

After realizing the ground reality, he said, the PTI government put on auction 10 new exploration blocks since it came into power in August, 2018, adding a batch of another 20 new blocks would be awarded through international bidding during the next month.

Nadeem Babar said the Petroleum Division had developed an advanced and innovative dashboard application for effective assessment of real-time E&P data information and taking timely remedial measures, in case of any decrease or delay in oil and gas production.

Besides, he said a mechanism was being devised to maintain daily sales data of oil marketing companies and petrol pumps to avoid hoarding or any shortage.

Commenting on import of liquefied natural gas (LNG), he said the previous government had signed the agreement for the commodity import at exorbitant rates, which cause billion of loss to the national exchequer.

Whereas, he said, the present government imported the LNG at around 20 to 25 percent reduced rate as compared to the deal strike by the previous government.

To create an environment of competition among public and private sector companies, the SAPM said the PTI government had allowed five private sector companies to set up their own LNG terminals and do its import and sale by themselves. “All agreement have been signed in that regard and two companies including Exxon and Mitsubishi are likely to start physical work by end of this year.”

He expressed confidence that work on Pakistan section of Turkmenistan-Afghanistan- Pakistan-India gas pipeline project would start in January-February as gas price renegotiation was almost in final phase.

He said work on North-South gas pipeline project to supply the commodity from Karachi to Lahore would commence in next three-four months.

Nadeem Babar said design and feasibility of the PARCO Coastal Refinery had been finalized and practical work on it would start before the next summer, adding required measures were also being taken to upgrade existing refineries. 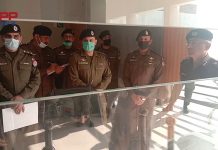 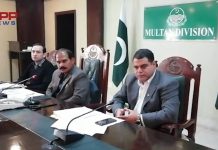 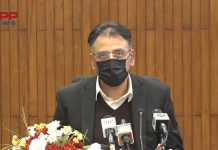