“The PSB revenue has been increased by 40 per cent after the improvement in facilities. Hopefully, this will further improve after the up gradation of some more facilities,” she said while briefing the media about the Pakistan Tehreek-e-Insaf (PTI)-led government’s two year’s performance.

The minister said she introduced more structural reforms in the PSB by reconstituting it to make it more functional. “The number of members of the PSB Executive Committee was decreased from 11 to 5. A five-year forensic audit of the National Sports Federations was also conducted,” she said.

She said previously there had always been talks about huge staff going along with the athletes in international tournaments but the practice was ended.

Our athletes’ performance at the South Asian Games was outstanding and it is evident from the number of medals they claimed at the event. All these athletes were selected purely on merit,” she said.

The minister said, to promote an active and healthy lifestyle in the society, laws should be enforced to make it obligatory for all new or ongoing real estate projects to have gym facilities and playgrounds.

“New housing scheme societies should have provision for sports facilities,” she said.

She said after 18th amendment sports also became a provincial subject, hence the provincial governments should make it mandatory for schools and educational institutions to have sports facilities.

“After devising proper curriculum at all levels, sports activities are essentially required inside the prisons, especially the juvenile detention centres,” she said.

She said her focus was on sports diplomacy. “The Memorandum of Understanding (MOU) we sign should be actionable. We are also working on to promote the tourism sector,” she said.

Speaking about the achievements of the IPC ministry, she said after meeting all the constitutional requirements the Council of Common Interests (CCI) was constituted within a period of thirty days.

“The Cabinet approved the new CCI administrative structure. Comprehensive measures were taken to make the Secretariat more active,” she said adding a booklet based on CCI rules and regulations was also released.

The minister said comprehensive steps were taken to make the process of implementing the decisions of CCI more efficient. 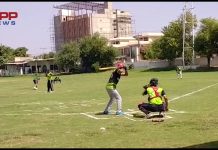 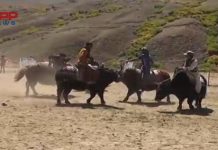 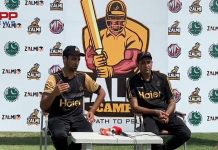