ISLAMABAD, Sep 15 (APP):Federal Minister for Science and Technology, Chaudhry Fawad Hussain Tuesday hinted at the return of Nawaz Sharif to the country following the court’s verdict.

He was talking to the media after the signing ceremony of Memorandum of Understanding (MoU) between the Ministry of Science and Technology (MOST) and the Capital Development Authority (CDA) for introducing electric buses in federal capital.

The federal minister welcomed today’s court decision regarding Nawaz Sharif and said it upheld the decision of the trial court and rejected Nawaz Sharif’s appeal.  “It has also dispelled the impression that law is only for poor people”, he added.

About the MoU, the federal minister stated that the federal capital will have 30 electric buses and added around 40,000 passengers will be able to travel on these buses. These buses will help save 30,000 million barrel diesel, saving Rs. 510 million a year, he added.

The 50 percent of country’s transport will be shifted to electric transport and Islamabad will be the first ever city of South Asia to completely shift to the electric vehicles, he said. The minister hoped that two more electric buses companies will invest in Pakistan within next two years.

Chaudhey Fawad mentioned another project of introducing three-wheelers for women and added that these state-of-the-art three-wheelers will have WiFi, Air conditioner and GPS facilities. Speaking on the occasion, Chairman CDA, Ameer Ali Ahmed said this initiative will help address the transport issue in Islamabad.These buses will run on seven routes in federal capital and CDA will not be supposed to give any subsidy due to the saving, he said. 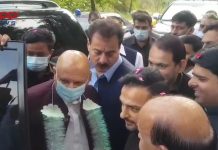 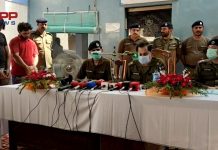