ISLAMABAD, Sep 16 (APP):Minister for Planning Development and Special Initiatives Asad Umar on Wednesday said that Zainab Alert, Response and Recovery (ZARA) Bill would be followed at the federal and the provincial levels for its implementation.

He expressed these views while talking to Muhammad Amin Ansari the father of Zainab here at the ministry. Zainab was a six years old girl, had been abused and murdered in 2018 at Qusoor.

Muhammad Amin Ansari presented the book to the Minister which is written on her daughter named Gham-e-Zainab and said that the way Federal Minister Asad Umar worked on ZARA Bill was commendable.

They discussed in details about the Bill passed by the National Assembly, its operationalization and issues related to reporting cases of missing children and their recovery as well. The minister said there was a need to create a comprehensive authority on ZARA Bill to prevent such incidents in the society. 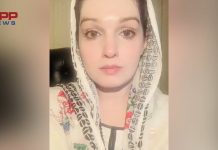 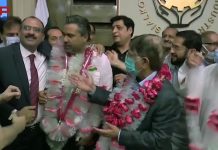 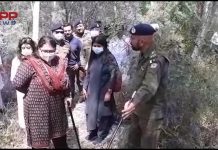