ISLAMABAD, Oct 25 (APP):Federal Minister for Communication Murad Saeed on Sunday said that everyone had to demonstrate unity to counter the Indian and Israeli campaign against Pakistani institutions beyond their political affiliations.

One should be aware that why the Indian media had been promoting the Pakistan Democratic Movement (PDM)’s processions particularly the statements of former Prime Minister Nawaz Sharif, he said.

Addressing a press conference here, the minister said that Prime Minister Imran Khan had exposed the Narendra Mondi and RSS’s fascist approach in Indian Illegal Occupied Jammu and Kashmir (IIOJK) before the world states and also raised the issue of blasphemous caricatures at international forums.

The first time in the history of 54 years, the Kashmir dispute was discussed three times in United Nation’s (UN) session in a year, he said, adding that the Kashmir issue was internationalized by PM Khan.

Murad Saeed said that India was now facing embarrassment in international community after disclosure of its nefarious resolves against minorities.

Pakistan was now being known for tourism and as peaceful country in the world while the India being recognized as terrorist state, he added.

The minister said that India had planned a greater game against Pakistan.

He questioned that what was the reason of love of India with Nawaz Sharif.

He played a video in which Indian officials were saying that India investment went wasted due to defeat of Nawaz Sharif in the elections.

The minister asked that who was the beneficial of the statements of Nawaz, Pakistan or India?

He said that India nefarious designs were in front of everyone, adding that the neighboring country wanted to weaken Pakistan’s institutions, adding that no one should be part of its propaganda in his ignorance.

He said that 80 lac Kashmiris had been facing brutalities of Indian forces, while Nawaz Sharif had denied once to meet Hurriyat leaderships but met Jandal in Murree.

Murad Saeed said that he would not play the recent statements of Nawaz as it was not repeatable.

He said that Dawn leaks was prepared in London and then Dawn Leaks second took place.

He also played the point of views of former Foreign Secretaries Abdul Basit and Shamshad Ahmad Khan.  He said that Nawaz Sharif prioritized his personal business on national interest with India.

He said that Pakistan was economically got stability in last two years, adding that India was willing to create unrest in the country but today same was happening in India as there was panic and unrest due to worse treatment with minorities. Pakistan has freedom of press that prime accused and money launders were speaking on tv channels.

He said that the Indian media had been promoting the PDM’s processions but it did not condemn the money laundering of 44 Indian banks, human rights violations in IIOJK and deporting of Rahole Ghandhi from IIOJK airport.  He highly praised the social media activists for countering Indian propaganda against Pakistan.  He said that we all should defeat the conspiracies with unity as Pakistan must be our top priority and no compromise should be made on respect of its institutions. 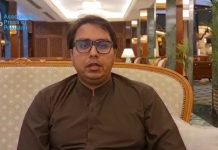 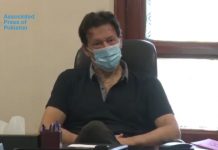 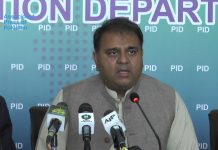