Minister of National Defense of the Republic of Turkey, HulusiAkar was the chief guest on the occasion.

The ceremony was also attended by Chief of the Naval Staff, Admiral Muhammad Amjad Khan Niazi NI(M) S Bt, Minister for Defence Production, Zobaida Jalal and representatives of  M/s ASFAT, INSY and other high ranking officials from the Government of Pakistan, PN and KS&EW.

The corvette has an overall length of 108.2 m with a displacement of 2,926 tons. It has maximum speed of 26 knots. The vessel was equipped with state of the art weapons & sensors including surface to surface, surface to air missiles and anti submarine weapons which would significantly add to the lethality of Pakistan Navy’s capabilities.

On the occasion, the chief guest expressed that it was a matter of pride to witness the Keel Laying of PN MILGEM Corvette in Karachi Shipyard in collaboration with M/s ASFAT Turkey.

He added that it was a historic occasion as Ministry of Defence Production, Pakistan Navy, Karachi Shipyard and M/s ASFAT of Turkey had joined hands for construction of this corvette.

Minister for Defence Production, Zobaida Jalal appreciated the performance of KS&EW and said “Indigenization is at the forefront of our policy and in this context it is very convincing to see this state of the art warship to be built in country to-date”.

Earlier MD KS&EW, Rear Admiral Ather Saleem HI(M) in his welcome address said that Karachi Shipyard was fully cognizant and completely aligned with the goals set forth by the Government and Pakistan Navy of pursuing  self-reliance in defense shipbuilding industry and this corvette was a testimony of  commitment to this noble cause. While highlighting current production activities of KS&EW he said that presently various shipbuilding projects were simultaneously being realized at KS&EW. Furthermore, the Engineering Division had recently constructed number of overhead cranes for Pakistan Railway, it also had delivered first export order sugar mills rollers to Philippines and Thailand. General Engineering was also fabricating gates for Sukkur Barrage, all type of metal structure particularly Dam gates and lifting equipments. Ship Repair Division was working at its full capacity and both the graving docks remained occupied throughout the year.

While addressing to the gathering, Rear Admiral Ather Saleem HI(M) Managing Director KS&EW highlighted that the Technical Data Package and Kit of Material for this prestigious mega project was being provided by M/s ASFAT and the ship will be completed within 44 months i.e. by February 2024.

He highlighted the evergreen and deep rooted friendship with brotherly country Turkey and said that this was the second mega project in collaboration with Turkey during the last decade and it would open more avenues for further cooperation between Pakistan and Turkey in the field of indigenous warship construction in Pakistan and other defense sectors.

In the end he thanked CNS for entrusting mega warship construction project to KS&EW. He also thanked Ministry of Defense Production for their continued support and cooperation. 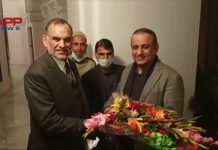 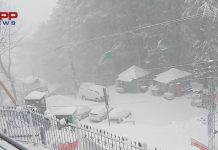 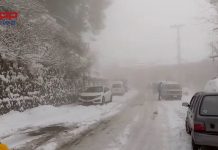