ISLAMABAD, April 18 (APP): President Mamnoon Hussain has said that prices of medicines should be within the purchasing power of the masses, so that the people with low income may also avail the health facilities.

He was talking to the Secretary, Ministry of National Health Services Muhammad Ayub Sheikh who called on him in Islamabad on Tuesday.

The President called for early operationalization of the laboratory for verification of locally manufactured medicines from World Health Organization to enhance export of medicines.

Expressing pleasure over manufacturing and availability of lifesaving drug for Hepatitis C on low price, he emphasized the need to focus on manufacturing of other essential drugs in this way.

The President commended the efforts of Ministry in establishing drug testing laboratories in Islamabad and Lahore according to the standards of WHO.

On the occasion, Secretary Health Muhammad Ayub Sheikh apprised the President about the policy of his ministry regarding the prices of medicines.
APP/Zaheer 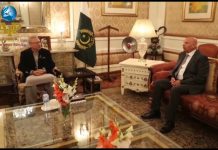 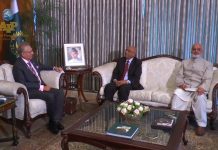